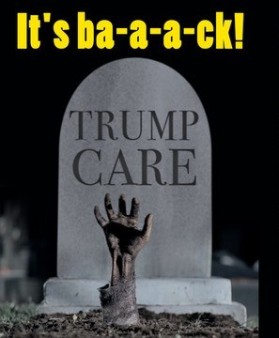 The Graham-Cassidy bill would end protections for folks with preexisting conditions and cause other  disruptions. Here’s how you can stop it.

Senate Republicans will not give up their efforts to repeal the Affordable Care Act (ACA, or Obamacare). After previous attempts failed this summer, amid nationwide protests, GOP lawmakers now hope to pass the Graham-Cassidy bill, so called after senators Lindsey Graham of South Carolina and Bill Cassidy of Louisiana, who crafted the legislation. As Vox points out, the bill is the most disruptive one yet—and it has a chance of passing very soon.

The GOP’s deadline is September 30, which means this is another all-hands-on-deck situation for health care advocates. Once again, the Positive Women’s Network–USA is helping lead the charge with an informative action alert and resource center. Tuesday, September 26, is National HIV Call-In Day to Save Health Care.

The PWN-USA alert spells out the dangers of the new bill, stating: Like the other versions of Trumpcare, Graham-Cassidy would, among other things: 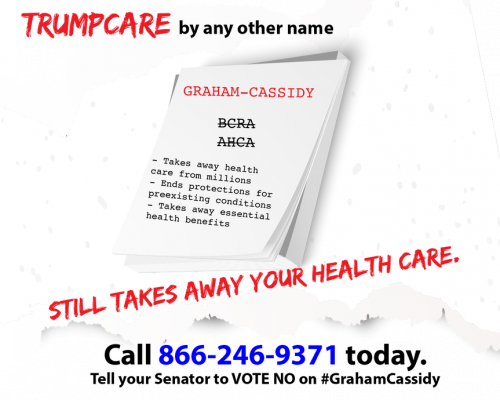 You can share this graphic on social mediaCourtesy of PWN-USA

According to PWN-USA, Tuesday, September 26, is a National HIV Call In Day, though activists urge folks to start speaking up today in order to save health care. To find out which members of Congress you should connect with, call the HIV hotline at 866-246-9371.

The action alert includes sample texts you can use for tweets and Facebook posts as well as a script you can follow when calling your senators.

You can download and share graphics (like the ones in this article) on social media. Also, be sure to use and search hashtags such as #KillTheBill, #GrahamCassidy and #HIVResists.

To learn more about the GOP bill, read “Like Other ACA Repeal Bills, Cassidy-Graham Plan Would Add Millions to Uninsured, Destabilize Individual Market” written by the nonpartisan Center on Budget and Policy Priorities. 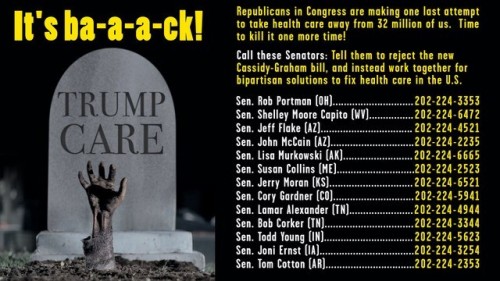 You can share this graphic on social mediaCourtesy of PWN-USA