Black kidney disease patients under age 50 may face higher risks of dying while on dialysis than their white peers, according to a study published in the Journal of the American Medical Association and reported by Agence France Presse.

These results surprised researchers because earlier studies showed black kidney disease dialysis patients older than age 65 actually survived longer than their white counterparts, and had up to a 45 percent lower death rate.

Economic disparities reflect the idea that younger patients may be less likely to have health insurance coverage and so may get less regular treatment as well as not be able to pay for kidney transplants. Physiological reasons concern diseases prevalent in black people, such as hypertension, that can trigger health problems. And doctors’ belief that black kidney disease patients do better on dialysis may cause more physicians to refer fewer African Americans for kidney transplants.

“This new study shows that, actually, young blacks have a substantially higher risk of dying on dialysis, and we should instead be counseling them based on this surprising new evidence,” said lead study author Dorry Segev, MD, associate professor of surgery and epidemiology at Johns Hopkins.

So where do we go from here?

According to scientists, the next steps may be to do further research on why younger black kidney disease patients have a higher death risk and develop guidelines for the community.

To learn more about kidney disease, including risks and symptoms, click here. 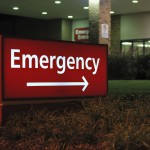 Black Children Less Likely to Get Painkillers in the ER 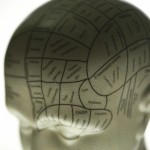 Let’s Get Real About Mental Health