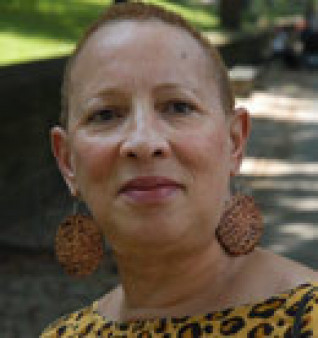 Brenda Lee Curry discovered that she was HIV positive at the age of 40. Soon after, she went through a divorce and then lost her 29-year-old son to liver disease. Now, at 63, Curry is beginning to enjoy her life and love herself. Inspired to encourage other women older than 50 to do the same, she founded a New York support group called Copasetic Women.
How do people react when they find out that you’re a 63-year-old woman with HIV?
They go, “No, you’re kidding!” And I say, “Yes, I do have HIV, and I’ve lived to see three great-granddaughters.” In 1985, when I was diagnosed, the doctor told me, “Well, you need to go and get all your finances and everything else in order because you don’t have but a short time to live.” I think he said about five or six months.

How has HIV changed your life?
Having this virus has opened a lot of doors within myself. Ironically, HIV has caused me to know and feel a hell of a lot better about myself than I did 24 years ago. I have hope now, and I’m living.

When I talk about having HIV, I don’t stand there and talk about being an IV-drug user, or that I drank. What I talk about is the one thing that got me to where I am: low self-esteem. That’s the culprit. That’s what got me into the drugs and the alcohol and being promiscuous. When I was young, no one told me that I was beautiful and important. I didn’t get that support, so I went out into the streets to find those things. It was the worst mistake I ever made. It was nothing but heartache and pain.

So now, at 63, I’ve started to validate myself. Validation doesn’t have to come from anyone outside—it’s coming from me. I should have discovered that years ago, when I was 10 years old. Now I’m learning how to look in the mirror and not walk away real fast. I can just stand there for a few minutes longer, really look at myself and say, “Yeah, you are a nice-looking woman.” I say it so many times until I really feel it. I hold my head up. My shoulders are straight. I’m learning that if it comes from you first, others will see it too. Every day is a learning experience for this 63-year-old.

Does your newfound self-esteem help you handle some of the problems HIV causes?
I have neuropathy, which is irreversible nerve damage. It’s a side effect from a HIV medication I was taking. My feet are in pain everyday, just the miserable type of pain that wants to keep you from wanting to go out, not wanting to get up. I can’t write anymore, I shake now—but I don’t care. I’m going out, I’m living. I have to do what I have to do to keep living. I can’t crawl back into the wall, pick up a drink and snort any cocaine. I’m finding freedom because I can hold my head up.

How did you start Copasetic Women?
I didn’t realize that I was actually aging until somebody in a support group told me I was old-fashioned and talking like a grandmother. All of a sudden I realized that I didn’t need to be there anymore, I had outgrown that program. I began looking for something else. I looked for a support group for women over 50 who were going through the same changes I was going through—and I couldn’t find anything. I was scared. I began thinking about the other women who might also be looking for something to be a part of and identify with.

So I started a group of my own. Before you knew it, we had 15 women older than 50 in this support group. We moved around Manhattan, meeting twice a month, and we were happy. We started getting small grants from places like M•A•C Cosmetics and Bailey House. It was amazing. We really were functioning on our own, running our own program, doing the things we needed to do as women who are aging with this virus.

How do the other members of the group support you?
They allow me to talk about all this [acquiring self-esteem, learning to live with HIV] without making me feel embarrassed for saying this at 63 years old. In Copasetic Women, I feel free, and sharing is easy. I feel comfortable because I’m in a room with women in their 50s, 60s, 70s and 80s who understand what I’m going through.

A lot of us are dealing with things other than HIV: diabetes, osteoporosis, cataracts—all the things that come with aging. We help each other stay strong and take care of ourselves. We all spent most of our lives taking care of the family, and now we’re single and have no children still at home. It’s a new awakening to realize that now we have to care for ourselves. That was the hardest thing for me. It’s all about me now, and I have to learn to live with me.

How did you choose the name?
One of the women—she’s 79 now—used to hang out at the Cotton Club in Harlem, where the word was used, back in the 1940s. Copasetic means you got it going on, you’re cool, you’re fabulous—and we are. I created a family where women are able to think far beyond HIV, think living. After all, we’re aging and we’re going to die. Don’t just sit around, go and do things. You do not have to stay within the HIV community—there’s a wider world out there. If you sit around, you’re going to complain about aches and pains and all the pills you’re taking, and you’re constantly going to run to doctors because you’ll always come up with something that’s wrong with you.

What are your hopes for Copasetic Women?
I hope that we will have our own space. We’re thinking of starting a thrift shop because all of us are over 50 and have years and years of clothes that we’re not wearing anymore. A shop would help sustain our organization. I also hope for all of us to flourish into something that we never thought we could be.