In celebration of the U.S. President’s Emergency Plan for AIDS Relief (PEPFAR) 10-year anniversary, member countries are invited to symbolically kick a 2010 Official World Cup Match Ball into a portable goal for an AIDS-free generation at their embassy from June 25 to 26, according to a Goree Challenge statement. A participant will be chosen at random to receive the ball; the winner will be announced Tuesday, June 26, in Washington, DC. Two U.S. locations are participating in the initiative: Connecticut Avenue Days Inn in DC, and Upper 90 Soccer + Sport in Brooklyn, New York. In addition, in honor of the anniversary, PEPFAR’s Global AIDS Coordinator Ambassador Eric Goosby will talk Monday, June 25, at the Brookings Institute in DC.

NY Hospitals Struggle to Vaccinate Newborns Against Hep B

Down These Mean Streets 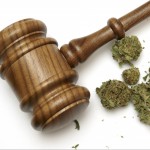