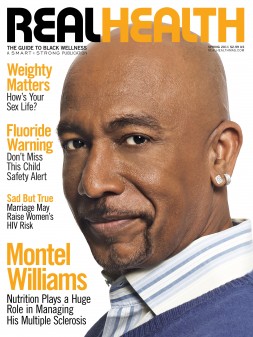 What having a consistently inconsistent disease taught Montel Williams about becoming more proactive about treating his multiple sclerosis.

March 1, 2011 • By Kate Ferguson and Photograph by Eric McNatt

Twelve years ago, doctors shocked Montel Williams with the news that he had multiple sclerosis (MS). He was 43 years old and seemed pretty healthy—except for the excruciating foot pain he’d started to experience. At the time, the Emmy Award–winning talk show host (he has since retired) was also shooting an episode of the popular TV show Touched by an Angel. He was terrified that his health issues would cost him his acting career, so he swore his doctors and the few people who knew to secrecy.

The popular, outspoken media personality, famous for his hard-hitting, issue-oriented programs, found himself crushed between chronic MS-caused bouts of pain and a nonstop barrage of negative thoughts that alienated him from family, friends and coworkers. Afraid he’d soon end up a wheelchair-bound burden to his family, Williams plunged into depression. Shortly after his diagnosis, just after midnight one morning, he spread some towels on the floor of his walk-in closet and laid several guns from his collection on the floor. Williams disassembled a few of them, but his eyes lingered on a .357-caliber Magnum. That, he decided, would be the most effective weapon to end the pain.

Williams put the gun to his head and then moved it toward his mouth. He paused. He didn’t want his death to look like suicide. He wanted people to think he’d accidentally shot himself while cleaning his weapons. That’s why he’d taken apart some of the guns.

Williams held the gun then twirled the firearm around by its trigger. He was afraid to shoot himself but hoped the gun would go off. Finally, Williams put the Magnum down. He went to bed and fell asleep. Several days later, though, he tried suicide again by “accidentally tripping” and falling in front of a speeding car. The driver swerved around Williams and left him unharmed. Fate had other plans for him. 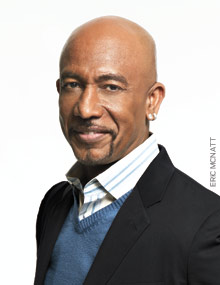 Today, Williams admits that he didn’t handle MS very well immediately after his diagnosis. But when he did decide to rally, he chose to take a proactive approach to managing his illness.

“I started to really do some hard research myself,” Williams says. “I took my disease apart the way an engineer would. I sought out information about MS from the most prestigious health institutions around the world. And I started talking to doctors to try and figure out [what was] truth and [what was] theory about this disease.”

What Williams learned about multiple sclerosis is that the still incurable condition is considered an autoimmune disease (when the body’s immune system mistakenly attacks normal body tissues). With MS, the body’s immune system attacks the brain and spinal cord, causing scar tissue to build up when the attack destroys the myelin (a protective insulation) covering the nerves. Without myelin, electrical signals can’t be transmitted throughout the brain and spinal cord. This communication breakdown is what causes MS’s wide range of symptoms.

For Williams, the MS symptoms spanned a 20-year period, starting with intermittent episodes of unexplained health issues ranging from temporary vision loss to extended bouts of heavy nosebleeds to leg and foot pains.

Although Williams didn’t know it at the time, these are classic signs of MS. But because the disease is so complex and the symptoms so varied among individuals, patients often go undiagnosed for long periods. And in Williams’s case, the health crises seemed to resolve themselves and disappear. In fact, during one episode of ill health, docs actually accused him of faking it, he says in his candid memoir, Climbing Higher.

In fact, a big challenge to diagnosing MS is that early tests may show nothing wrong, even among patients who have a lot of abnormal pain. Later on, some patients are diagnosed with MS, but a vast majority are not, explains Carolyn Barley Britton, MD, MS, an associate professor of clinical neurology at New York City’s Columbia University Medical Center. “So, in the absence of any [definitive] examination findings, doctors can only regard a patient as normal.”

Still, for those who do develop MS, the journey to a definitive diagnosis is frustrating and long. Because MS symptoms are often vague and fleeting, doctors must confirm two or more isolated signs that could be caused by the disease. In addition, those symptoms must have lasted for at least 24 hours and occurred about a month apart. Doctors can’t officially diagnose a patient as having multiple sclerosis until he or she experiences two or more of these attacks. What’s more, a patient’s magnetic resonance imaging (MRI) test must show the presence of lesions (damaged areas caused by a loss of myelin).

Williams’s diagnosis was long in coming because no doctor had connected the dots and linked the symptoms he’d experienced through the years with MS. For example, the sudden vision loss (called optic neuritis) he’d suffered commonly precedes MS, but many other health issues can cause this problem. “We simply don’t have a good diagnostic test that tells you the person is going to have certain symptoms early in the disease,” Britton says. “That’s what we need, some definitive test that gives you near 100 percent certainty that [specific] symptoms are going to develop into MS—before the condition progresses.”

After his diagnosis, Williams continued to work, but he often experienced fiery leg and foot pain that brought him near tears. As his disease symptoms multiplied, Williams decided to educate himself about MS, eventually creating a personalized disease management program.

To help slow his disease’s progress, Williams’s doctors prescribed one of the “ABC” drugs—Avonex, Betaseron and Copaxone. (In his memoir, Williams declined to name the drug to avoid any perception he’s endorsing the med.)  These “disease-modifying” meds are among a grouping of several drugs that help lessen the frequency and severity of MS attacks, reduce the accumulation of lesions in the brain and slow the progression of a variety of disabilities the disease causes.

But in addition to the meds prescribed, Williams included nutritional therapy in his treatment. “We all have choices,” he says. “I made a choice to seek out what I needed for me.”

Since he started treatment, Williams continues to experience some MS symptoms, such as occasional leg, feet and skin pain and sexual dysfunction. One of the things he says works for him is following an anti-inflammation diet. (Inflammation is an immune system response to injury or infection that causes pain, redness, heat and swelling in the affected area.) “Nature has given us some unbelievable anti-inflammatories,” Williams says. “They’re called fruits and vegetables.”

Williams started drinking blender-made fruit-and-veggie drinks each day. “What’s kept me on this [regimen] for almost five years straight is the neuropathic pain in my feet,” he says, referring to the pain caused by nervous system damage or dysfunction. “When I miss drinking these foods, my feet go back on fire.”

In general, many doctors agree that taking care of your health to the maximum degree possible with proper nutrition, supplements and exercise is a good thing. And that’s even more so for people experiencing immune system diseases such as MS. “Whenever you have a chronic illness, taking care of yourself in a holistic way will benefit you,” Britton says. “These are no-harm-no-foul therapies, so I think they’re OK.”

Certainly, Williams believes that the colorful fruits and veggies he packs into his smoothies are a crucial component of his overall MS treatment program. (But he also stresses that people should check with their doctors before engaging in any treatment regimen.)

“We can’t credit it just to drinking these green smoothies,” Williams says. “It has to be attributed to everything that I am doing.”

Williams also includes chicken, fish and even red meat in his diet “once every eight to nine days,” and he also exercises daily.

At one point, when he was first diagnosed with MS, Williams says, a doctor told him he’d probably be in a wheelchair within five years. “At first I felt like smacking him out of the room,” Williams says. “But after I thought about it, I determined that I must be the one who owns the definition of who I am and where I will end up.

“I can’t stop this disease,” Williams adds. “But I can sure put up a good fight.”