Maven Lee is featured in season 2 of “The Kiki Show,” a reality show available now on Vimeo. Vimeo/The Kiki Show

The house and ball scene is back in style. Although they shot to world fame over three decades ago with Madonna’s megahit “Vogue” and the documentary Paris Is Burning, ballroom dance competitions and their communities have returned to the cultural spotlight by way of the reality show Legendary (Megan Thee Stallion is a judge) and the drama Pose, which is set in AIDS-ravaged 1990s New York City and follows a large cast of Black and brown queer characters. (The series aired its final season this past summer.) 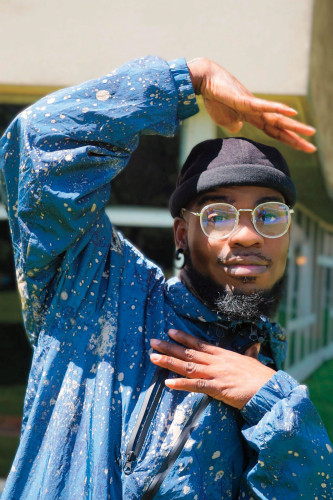 Since balls remain popular among minority LGBTQ folks—a population that sees disproportionate rates of HIV—the events offer a unique opportunity for HIV outreach. To learn more, we spoke with Maven Lee, 31, an HIV advocate in St. Louis who has been living with the virus for a decade and has been involved in ballroom and kiki events across the nation. (Kiki is a more youth-oriented twist on ballroom that allows for more experimentation.) Lee also stars in season 2 of the reality series The Kiki Show, now available (for free!) on Vimeo.

How did you get into HIV advocacy?

I was part of a house here in St. Louis called the House of Efficacy, and it was centered around HIV prevention and outreach more than on walking balls, which is a little bit unusual. I started volunteering at an HIV organization called Project ARK on behalf of my house, and I started learning about HIV. I ended up getting a job at the organization as a peer advocate.

I thought I knew it all and was protecting myself. I was dating around and things like that, and there was a situation when everything I knew went out the door. I trusted someone, and I was vulnerable, and, honestly, that’s how I ended up becoming positive.

It was an interesting situation, because I was working at an organization that tells you this is what you’re supposed to do [to stay HIV negative] and how you handle situations. But none of that mattered when my feelings and emotions and heart came into the conversation and I trusted someone. I then realized that I had to nuance what I was being taught when I said it to other people because it’s not that simple. We need to speak to folks like they’re real human beings because it’s not as easy as “Protect yourself. Use a condom.” When you talk from real experience, you start to say things differently. 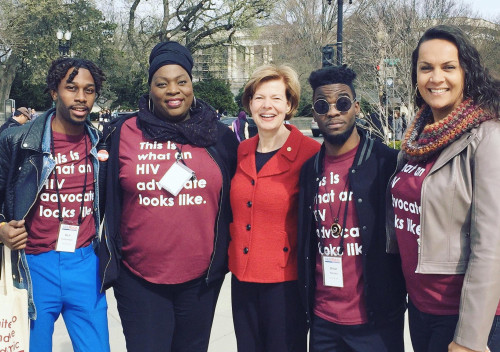 Did working in the HIV field prepare you for the diagnosis?

Absolutely. At one point, I was disappointed in myself and angry. And folks made me feel this way. They were like, “How dare you make this mistake? You’re supposed to know better.” I also felt like me becoming positive opened the door [for me to] be a positive light for so many people. I’m able to live a very healthy life, I’m undetectable and I’m doing well. Who’s to say this was not something I’m supposed to experience?

How long did it take before you started disclosing your status?

When I was told my results, honestly, the first thing I did was call my house father and call my grandmother and biological father—actually, he’s my uncle, but he raised me as his son. I told them immediately. But I don’t think my family really understood. They didn’t necessarily judge me, but they haven’t talked about it since.

Like a week later, I participated in a retreat for Black and brown men who have sex with men, and we were all sitting around and sharing information, and for some reason, I felt compelled to say, “Hey, y’all, last week, I found out I was positive.” This was 2011. So I disclosed that day. I saw how difficult it was for folks I know who had HIV—the hurt and confusion of having that conversation every time they met someone—so for me, I wanted to get that [stress out of my life] immediately. It was a relief to me. 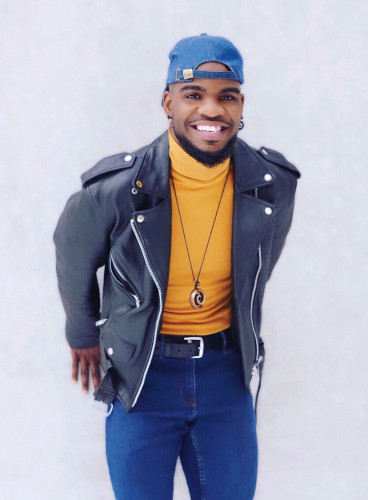 Do you get to tell your HIV story on the second season of The Kiki Show?

I do. In the beginning, it’s what they focus on. And there are like four others who are HIV positive on the show.

What is the new season about?

It was filmed in Philly—the first season was in Atlanta, when I lived there. That year, I represented both Georgia and Missouri at AIDSWatch [an annual event when HIV advocates head to Washington, DC, to meet lawmakers]—the second season is individuals battling against each other, unlike regular balls, where it’s house against house. And it’s folks from different regions competing against each other in three categories: runway, vogue and tag-team performance.

Tell us about your history in the balls, especially in the Midwest.

I’ve been walking balls for 12 years. I’m legendary for the category of runway. To be a legend or icon, you have to be deemed as such. I’ve walked in every major ballroom city in the country and abroad. 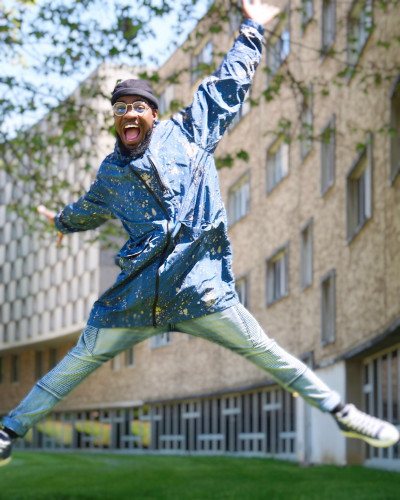 You organized a ball in St. Louis during Black Pride this summer, and you’re planning events at historically Black colleges and universities. Does this overlap with your HIV advocacy?

I consult with several LGBT centers and HIV service centers here in St. Louis. Some of the HIV agencies like to throw balls because lots of young LGBTQ folks of color come out to balls and pageants, so [it’s an opportunity] to get people tested for HIV and connected to services.