Ingrid Floyd didn’t set out to do community work in HIV/AIDS. She spent more than 10 years as a senior manager at a major business consultancy firm. Then she decided she wanted to make a difference in the lives of women and children affected by the virus. Iris House, an AIDS service organization (ASO) in Harlem, New York, which caters to women, seemed a perfect fit. So she served on its board of trustees. But that was only a start. Floyd immersed herself in the project until eventually she became its executive director. 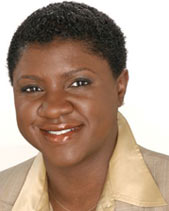 She also launched the annual event Women as the Face of AIDS Summit, which has increased community awareness on all levels about the needs of women living with HIV/AIDS.

Floyd believes that her strength and experience as a project manager enables her to get things done. Her achievements at Iris House confirm her assessment.

Floyd chatted with POZ to talk more about her work at the ASO and the satisfaction she gets from being able to offer comprehensive HIV/AIDS services to so many people.

What motivated you to work in the HIV/AIDS arena?
I was looking for an organization that focused on women and children. I joined Iris House primarily because they had a focus on women and children. After that my reason for wanting to work with them is because of their focus on HIV and how the virus infects those particular populations.

What do you like most about being executive director of Iris House?
What I appreciate most about my work at Iris House—as opposed to when I was working in the corporate world—is the sense of gratitude and appreciation I get from the people whose lives I touch. When I see the faces of my clients each day and they’re excited because we helped them find housing or a new doctor or they bring in their lab results showing they’re now undetectable, for me there is a great sense of satisfaction knowing that all the hard work that I’ve put in directly affects the quality of their lives.

Why is it important to have an organization started by women and uniquely focused on women living with this disease?
Women’s issues in life are very different than men’s. For [women], living with an infections disease [is more challenging] because women are more focused on the family. Their kids are first; their husband is first; their mother or grandmother is first; then once they’ve taken care of everyone else they take care of themselves.

One of the things we try to help the women here realize is that they have to put themselves first. If a woman is not well, then her family can’t be well. The emphasis is on looking at how key women are in the family structure. The role they play in what they do will guide what the rest of the family does. If they take care of themselves, it’s easier for them to take care of their kids or encourage their children to see a medical provider. It’s easier for them to encourage their husbands to go get tested if [the women themselves] have gone to get tested.

What makes Iris House unique is that we try to create a family environment that women, men and children feel comfortable coming into, because it’s not a clinical setting. People like the fact that the staff know the clients by name. Every client knows the staff members by name. We give them an environment where they feel comfortable putting themselves first, talking about their HIV status, discussing whatever health-related issues or side effects they have without anyone judging them because they are HIV positive or because they have an AIDS diagnosis.

How do you think Iris House could better serve its clients?
My staff will tell you I probably have a hundred things I want them to do in the next week to better serve our clients. But I think the key is for us to continue outreach to women who are at risk. I want us to educate more women in the community who are risk so that they understand how to make better choices and change their behavior.

Most of the women who come to Iris House are infected through heterosexual transmission. The question is, How do we start to offer services for heterosexual black men when those services don’t exist right now? Most of the focus is on men who have sex with men (MSM), and there is not a focus on the role heterosexual men play in HIV transmission, especially to women. We are trying to broaden our services enough so that women can bring the men with them. That would allow us to offer more education to the heterosexual men who are infecting the women we are serving.

How do you feel knowing HIV/AIDS is the No. 1 killer of women ages 15 to 44 worldwide?
It’s very alarming, and it’s also very disappointing because what it shows is that young people—young women—are not taking the messages serious enough. Also, a lot of sexually active young, black women are not listening to the messages, and when they do hear the messages they don’t think they apply to them. They think because they may not know anyone—friends or family—living with HIV, it’s not a problem for them; it can’t touch them. It shows us that the messages we are putting out are not getting the attention of the people who really need to be hearing the message. If we’re still seeing such high rates and we know that HIV is a preventable disease, why is it that women aren’t taking the message seriously? Why do these women think they are invincible and that HIV can’t touch them?

One thing that constantly saddens me is that HIV is a silent killer in the African-American community because we don’t talk about it. We don’t talk about sex. We don’t talk about sexuality. Imagine trying to have a conversation about HIV if you can’t tell your mother, father or sister you are having sex? We can’t have those conversations often enough in our community, which is why you see such high rates of HIV among young MSM. Young black men can’t openly come out and say they’re gay. When they do, they’re pushed into such isolation that they seek the attention of people who may not be willing to use protection.

People are afraid to be tested. There’s a fear of the stigma around HIV as well as a fear that it’s still a death sentence or they’re going to have to take a bunch of medication. But that isn’t the case if you get tested or diagnosed early. [If you get tested early enough], you can remain healthy for many years or over a lifetime because it is a manageable disease.

African-American women need to feel empowered to take control of their lives and not to wait for the guy to bring the condom. You can bring the condom. If someone doesn’t have a condom, you can say no, I’m not going to do this. I’m not going to put my life at risk by having unprotected sex. Many women, especially women in relationships, don’t feel like they have the power to say no or suggest a condom.

African-American and Hispanic communities are the hardest hit communities now. It’s not going to improve until we change our mind-set and start talking about HIV.