Anna Hazare, an anti-corruption activist in Delhi, India, received an anonymous letter threatening to inject him and his supporters with needles tainted with HIV, Gulf News reports. The letter states that Hazare needs to stop lobbying for the passage of a bill or else a team that has prepared 500 HIV-contaminated needles will inject them into at least 1,000 people attending Hazare’s demonstration. Doctors, researchers and non-governmental organizations throughout the country have denounced the myth that the virus is spread through casual contact with needles, food and water, specifically noting that people contract HIV through infected blood, not a pinprick. 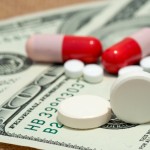