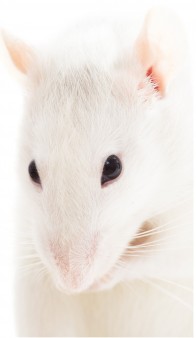 As scientists continue to hunt for better ways to treat baldness, researchers offer another reason for hope. A transplant technique researchers used managed to spark hair growth on human skin grafted onto lab mice, according to findings presented in the journal Proceedings of National Academy of Sciences reported the New York Times.

For the study, scientists placed about 3,000 dermal papillae cells (special groups of cells found at the base of hair follicles that produce follicles) onto a petri dish lid smeared with a drop of culture medium. Researchers then flipped the lid so the droplets of culture hung upside down and the cells pooled at the bottom.

Next, the scientists injected these drops into human skin taken from circumcised babies—this foreskin is usually totally hairless—and attached to mice. Findings showed that five out of the seven sections of this grafted skin generated new human hair follicles.

Although researchers viewed the results as encouraging, Angela Christiano, PhD, a hair geneticist and dermatology professor at Columbia University Medical Center, and the senior study author, warned that the hairs were “quite small.” In addition, only 22 percent of the normally functioning genes in the papilla cells were functioning, she said.

“Inducing a completely new hair is a different challenge,” Christiano said. She added that scientists were conducting other studies to regrow hair on people’s heads.

If you’re facing hair loss, there are solutions to try. Click here to read more.

Is Race a Factor in Hair Damage and the Onset of Gray Hair?