U.S. Representative Maxine Waters (D–Calif.) is sponsoring a bill to require health insurance plans to provide coverage for routine HIV tests, The New York Times reports. The proposed Routine HIV Screening Coverage Act of 2012 is an amendment to the Public Health Service Act and is being cosponsored by Representative Barbara Lee (D–Calif.). This bill was assigned to a congressional committee April 19 and will be considered by the speaker before possibly being sent to the House or Senate as a whole. 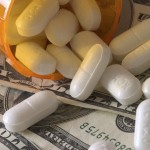 Bill to Create $3B Fund in Exchange for Generic HIV Drugs