Michael Lynne Pearce, a 43-year-old man who confessed to killing his HIV-positive partner in July 2007, has pleaded not guilty to manslaughter, Canada.com reports. Pearce, who is from Winnipeg, Canada, was involved in a “casual homosexual relationship” with Stuart Mark when the relationship became violent after Mark revealed to Pearce his HIV-positive status. According to Melinda Murray, Pearce’s attorney, there is no forensic or eyewitness evidence that proves Pearce hit Mark in the head with a golf club, then stabbed him in the stomach, which caused his death. The monthlong jury case begins March 12. 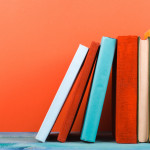