When the Bough Breaks

Despite marked health improvements in the black community, the infant mortality rate remains a problem. African-American babies are 2.5 times more likely to die at birth than white babies. And the latest rates show almost 14 black women’s babies die for every 1,000 African-American infants born alive in the United States compared with about 7 Caucasian babies dying per 1,000 live births of white infants nationwide.

While research hasn’t produced all the answers yet, Phyllis Dennery, MD, a professor of pediatrics at the University of Pennsylvania and chief of neonatology at Children’s Hospital of Philadelphia, believes that the culprit may be the prevalence of low birth weight babies. “There is a four-fold increase in the number of low birth weight babies born to African-American mothers [as compared with infants born to white mothers],” Dennery says.

“Low birth weight and preterm babies are predisposed to a higher mortality, and that’s what’s resulting in a fair amount of infants dying,” Dennery explains. “These conditions make infants more likely to have complications in their early life.” And these complications can lead to death.

Preterm labor or delivery occurring before the 37th week of pregnancy causes babies to have low birth weight. Women most at risk of having low birth weight babies include those who’ve previously had a premature baby, are pregnant with more than one child or have abnormalities of the uterus or cervix.

Babies born preterm, depending on how early they are born, can experience complications such as vision problems, breathing difficulties, intestinal problems and development delays.

And while the high rates of obesity and diabetes in the African-American community may play a role in black women’s poorer birth outcomes, Dennery says that if they were corrected—and even if the issues of maternal health and black education disparities were also addressed—black moms would still remain vulnerable.

“For example, among African Americans who a have higher socioeconomic status [and education] than whites, there are still more complications and risk [of having preterm, low-weight babies],” Dennery says, adding that “it’s not exactly clear what makes for that difference.”

One explanation researchers have explored, however, is maternal stress. Chronic stress from the discrimination that African Americans experience and financial or on-the-job problems can take a toll on a mother’s body, Dennery says, which may also affect children in the womb.

But there is good news. Although African-American women may not be able to control some of these stressors, expectant mothers can take steps to increase their unborn children’s chances of survival.

The first of many steps to improve mortality rates begins with mothers getting proper care for themselves and their babies. This includes moms getting in their diets the recommended amounts of folic acid and leafy green vegetables, which lessens the risk of certain pregnancy complications.

“It’s very important for mothers to seek early prenatal care, good health and nutrition, and medical care to treat obesity, diabetes and hypertension, even before they’re pregnant,” Dennery suggests. “These are things that can adversely affect a pregnancy.”

Realizing that prenatal care and social support improve birth outcomes, Kathryn Hall-Trujillo founded Birthing Project USA (birthprojectusa.org), an organization to recruit and train women within their communities to form supportive friendships and be there for each other during their pregnancies.

Hall-Trujillo, formerly a fiscal administrator at the California Department of Health, was also inspired to create Birthing Project USA because she believed financial resources could better be used to ensure mothers had healthy babies in the first place.

“I figured then we would have more money to spend on growing healthy babies rather than taking care of babies that are born sick,” Hall-Trujillo says. She chose to champion African-American babies because of their staggering infant mortality rate in the United States.

“African-American babies die two to three times as often as other infants at birth or during the first year of their life,” Hall-Trujillo says, echoing the statistics. “The Birthing Project USA is really going to the heart of the problem and trying to make a difference for our babies.”

Birthing Project USA recruits and trains members of the community (women and men) to support pregnant women. Volunteers known as “sister-friends” make sure expectant mothers understand and take advantage of all the services available to them. In addition, they give information, encouragement, support and advocacy to pregnant women.

Sister-friends and mothers-to-be work together until one year after the baby is born. Like a family, they ensure that babies get maximum care and that new moms get reconnected to school and work.

Realistically, improving the mortality rates of black babies requires a comprehensive lifestyle change for parents in the black community. Parents must become educated about proper nutrition and early prenatal care, and they must address health issues before their children are born.

Dennery recommends black mothers set goals to get healthy and talk to their doctors about particular health problems that may affect their pregnancies.

She also suggests that black communities educate people even more about the risks associated with obesity. “I think that’s one of the biggest problems for African-American women,” Dennery says. “The crap we eat is among the things that people have to change that will go a long way to making both our health and the health of our babies better.”

In addition, the role academics plays can’t be overstated, Dennery adds. “The community should encourage people to continue their education,” she says. “Mothers who haven’t finished high school have a higher risk of infant mortality than mothers who have more education.”

Why? Although Dennery says she doesn’t have an answer, she believes that better educated people know more about nutrition and are less stressed because they tend to have better jobs. “All these things affect the infant mortality rate,” she says.

Also, breast-feeding is important. Dennery encourages mothers to learn more about how this old-fashioned way of providing nutrients to infants promotes their good health, prevents infections and improves their survival rate.

Finally, for expectant moms who don’t know, breast-feeding is also a conduit for HIV transmission to infants. This is why it’s critical that women get tested for the virus as soon as they know they are pregnant. 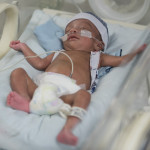 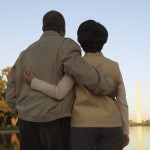 Why Do African Americans Suffer Higher Rates of Alzheimer’s?