Black women who reported they’d been abused before the age of 11 were more likely to develop adult-onset asthma compared with women who had a childhood free of abuse, according to a new study published online in the Journal of Allergy and Clinical Immunology and reported in a press release from Eureka Alert.

The study followed 28, 456 African-American women who participated in the Black Women’s Health Study between 1995 and 2011. The women completed questionnaires and provided information about physical and sexual abuse during their childhood up to age 11 and from ages 12 to 18.

Results showed that adult-onset asthma increased by more than 20 percent among women who’d been abused during childhood. What’s more, results showed that evidence for the illness was strongest for those women who suffered physical abuse more so than sexual abuse.

According to 2010 statistics from the U.S. Department of Health and Human Service’s National Child Abuse and Neglect Data System, of 695,000 kids, from newborns to age 17, 22 percent of those identified as neglected or abused by state Child Protective Service agencies were African Americans.

Did you know asthma attacks can be more deadly for black children? Click here to learn more. 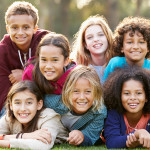