HIV 50+ scholars at USCA 2017 in Washington, DC. About 50 people received these scholarships in 2019. Courtesy of NMAC

216 Scholarships Awarded for the 2019 U.S. Conference on AIDS

Who got what and why? NMAC’s Paul Kawata addresses criticism and breaks down the data.

Out of 1,112 applications, 216 people received scholarships to attend this year’s United States Conference on AIDS (USCA 2019). That means a lot of folks were turned down, disappointed and down-right upset. Those concerns were addressed in a blog post by Paul Kawata, the executive director of NMAC, formerly known as the National Minority AIDS Council, which spearheads USCA. He also offered demographics on scholarship recipients.

“When you look at the demographics of who got scholarships, USCA prioritized people living with HIV and people of color, the communities hardest hit by HIV,” Kawata wrote.

He further explained: “Our reviewers go online and blindly review the applications without seeing the applicants’ names. Reviewers were people who work on the front lines of the epidemic and are part of the constituent advisory panels (CAPs).”

However, he acknowledges, “People are upset, and I am sorry.” 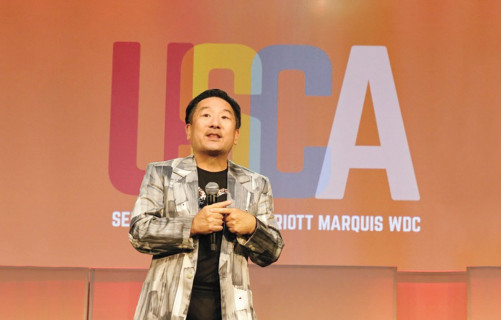 In an effort to respond to the concerns that have been raised—including that some people have received scholarships multiple years—Kawata says NMAC will undertake a systematic review of the selection process, create an online evaluation form to gauge the needs of the community and add new members to the CAPs.

Regarding repeat scholars, he notes that “around 30% of the scholarships went to people who received one previously. Most of the repeats happened for the Youth Scholars. This is strategic because the agency believes it takes more than one year to build leaders.”

He also reminded readers: “Many long-term leaders in our movement did not get a scholarship. Getting a scholarship is not a reflection of your value as an activist.”

Three main types of scholarships are currently listed on NMAC’s website (where available, you can click on the scholarship below to read the bios of this year’s recipients):

According to the NMAC blog post, here’s a breakdown of scholarship recipient demographics:

Interested in learning more about USCA 2019 and this year’s main theme? (Hint: It has something to do with Trump’s plan to end HIV in America.) You can read a summary of the itinerary here.