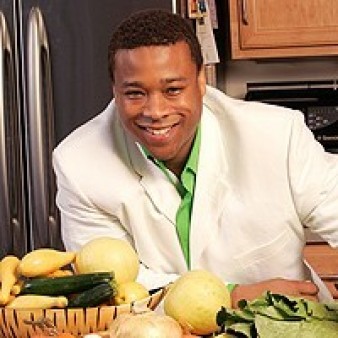 Most readers of Real Health are familiar with celebrity chef Charles Mattocks as an advocate for type 2 diabetes awareness. But, recently, Mattocks took on another chronic disease that is much less well known than this form of diabetes that Mattocks manages each day of his life. This illness is also close to Mattocks and moved him to educate others about people living with complex regional pain syndrome (CRPS), a severely painful neurological disease that causes a variety of symptoms that can readily change and sometimes lead to depression.

Previously known as reflex sympathetic dystrophy, or RSD, CRPS results in burning and throbbing sensations in the body’s extremities, increased sensitivity to cold, swelling at the affected site of pain, stiffness and swelling in the joints, muscle spasms and weakness, changes in skin temperature, texture, color and integrity, decreased mobility and an inability to move certain parts of the body that’s affected.

In 2007, Mattocks’s mother, who is Bob Marley’s sister, was diagnosed with CRPS. “I didn’t know how to deal,” Mattocks says. “My mother is private by nature and I had to do research on my own. From what I thought, it seemed like CRPS was something that wasn’t that serious and could be fought; worked out.”

Many people don’t understand CRPS. Statistics about the illness show that CRPS was classified as a rare disease by the National Organization for Rare Disorders while other stats note that there are between 200,000 and more than one million people in the United States suffering from CRPS.

According to the McGill Pain Index, a measurement of pain developed at McGill University in Canada, CRPS, ranks near the top of the index chart for pain intensity. What’s more, the disease doesn’t discriminate and men and women of all ages are at risk of the illness, although CRPS is more common in women. Children can also develop CRPS, but usually not before they reach age 5.

When Mattocks researched the illness he began to talk with his mother as he watched her health declining. “I wondered where life was taking her,” he says. His concern for his mother’s well-being led him to connect her with a CRPS community online. But Mattocks felt that his mother and the people in the online community needed even more support. “I placed myself in their shoes,” he says. “I asked myself, ’What would I want if I were in their place?’”

The answer dawned clearly on him. He’d want other people to be aware of the disease. From this realization, Mattocks made it his mission to educate people about CRPS. That’s when he decided to film a documentary featuring the stories of those who live with the disease. 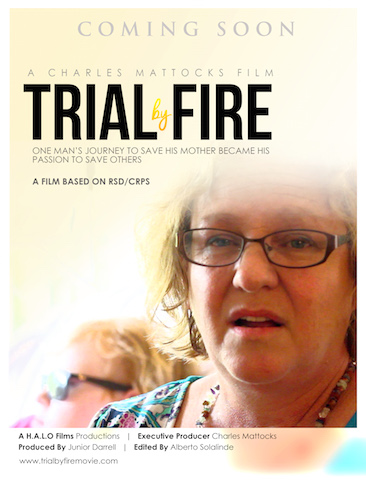 The name of the film is Trial by Fire and their stories will allow others to see how these CRPS sufferers function, what their days are like and “the many struggles and triumphs that they endure and celebrate,” Mattocks says.

“I base the name of the documentary off the descriptions that the people who live with CRPS gave to me,” Mattocks explains. “They describe sensations of burning and fire within their limbs. I began to think of these people going through a test; a trial by fire. It’s a test that can be difficult to pass, but people deal with this test every day.”

Currently, Trial by Fire is being filmed. Mattocks plans to enter the work in film festivals. With the completion of the documentary, his vision and mission to make others aware of CRPS will happen. For many survivors of the disease, Trial By Fire will generate another chance at hope when others learn about an illness they’ve lived with for so long that so few know anything about.

Check out the trailer below.

CDC: COVID-19 Can Result in Prolonged Illness, Even in Young Adults