Here’s How You Can Support a National Needle Exchange

The combination of injection drug use, heroin and opiate addiction, and HIV has devastated countless American lives and communities. Although needle exchanges--programs that provide clean syringes so that needles are not shared--have been shown to reduce infection rates without increasing drug use, federal funds are banned from supporting these lifesaving programs.

Actually, President Obama signed a law lifting the ban in 2009, but Congress reinstated the prohibition soon after. This means that if state and local governments see a need to set up needle exchanges--which is increasingly the case in rural America--then they must spend their own limited resources on it. Or they have to nix the idea altogether.

That’s why we want to call attention to a new petition to lift the federal ban. The petition is set up by amfAR, The Foundation for AIDS Research. If you’re not convinced about the cause, check out the accompanying video (which we’ve included above) for some insight and facts. Did you know, for example, that an average needle costs just 10 cents? Compare that with the estimated $488,000 per person for the lifelong, medical treatment for HIV.

What’s more, as has been made clear by the ongoing crisis in southeastern Indiana, needle exchanges could play a pivotal role in fighting the exploding HIV epidemic in rural America. For an in-depth look at that case, read our recent exclusive, “Can Rural America Learn to Live With Needle Exchange?” Stories like this show how needle exchanges are crucial in preventing HIV transmission among injection drug users. 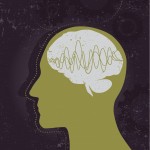 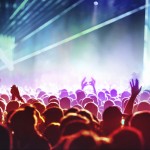