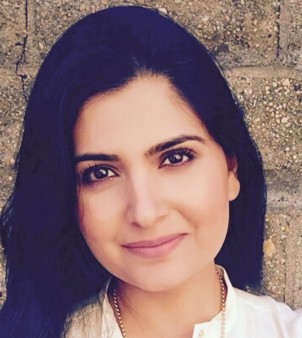 Are You Suffering From Post-Election Stress Disorder?

So by now, you may have voted. Notice I didn’t say “should have voted” because I don’t want to add on to the stress many of us are feeling about this Presidential election. To date, there’s been many stories done about all the negative effects generated by the battle fought between Hillary Clinton and Donald Trump for the Oval Office.

While election officials begin to prepare to tally the votes, we spoke with Sanam Hafeez, PsyD, a licensed clinical psychologist based in New York City, who is also a teaching faculty member at the prestigious Columbia University Teacher’s College and the founder and clinical director of Comprehensive Consultation Psychological Services. Here, Hafeez offers suggestions about how to counter “election stress disorder,” a term coined by psychologists.

The main difference between PTSD and election-related stress is that PTSD is triggered by a terrifying event such as war either combat or destruction, traffic accident, other serious injury, robbery, or sexual assault for example. PTSD affects the hypothalamus of the brain, the area that is responsible for memory. It also can continue long after the traumatic event. Anything that triggers a memory of the event can send someone with PTSD into a panic that is physically evident (severe anxiety, crying, fight or flight response, shaking, shortness of breath, hyperventilation).

A stress disorder, while destructive to overall well-being is more about consistent worry about one or more things. In the case of being stressed about the outcome of the election, stressing out over facing friends, family and work colleagues who voted the other way is common. Dealing with the “I told you so” fall-out on social media is also stressful. Also when the president is chosen there’s a collective sense of “now what?” People start to look at their lives and realize their concerns during the campaign don’t magically disappear the day of the election. People will continue to worry about finances, their job, healthcare, tuition payments, etc. after election day. Whenever there is a transition like a new President, there is a fear of the unknown and that’s stressful. While most people will resume a new normal regardless who they voted for, ruminating thoughts post election about what will happen to address the issues of America can persist leading to other complications.

If you’re feeling any of the following symptoms, read on for Hafeez’s suggestions on how to get relief.

1. Your stomach is in knots!

According to Hafeez, stressing out about the future of our country can certainly manifest in physical discomfort. When you ruminate about the worst-case scenario it can lead to stomach tension, nausea and lack of appetite. She advises that you take a break from news coverage and discussing the election results. “You want to be informed but you want to be in control of the news you are seeking out. Select one media outlet that you want to get your news from. Check in the morning and then focus on what you have to do that day.”

Your mind wanders and you keep worrying about the next 4 years of your life. These wandering thoughts lead to a lack of focus. Hafeez explains that when we are fixated on a thought and are in a state of worry, it is difficult to give full attention to anything else. Her advice is to “go for a 30-minute walk, exercise, meditate by lying still focusing on your breath, color in a coloring book or get a ball and have a catch. You want to choose tasks that are repetitive, pleasurable, calming and don’t require a lot of focus.”

You’re tossing and turning and can’t seem to get to that deep level of sleep. “This is a true sign of anxiety and stress,” says Hafeez. Sleep is when our bodies turn over cells, fight off illness and are fully relaxed. When stress disturbs sleep for a prolonged period of time, it can lead to a slew of illnesses including, depression and mental illness, heart disease, kidney disease and diabetes. “Avoid watching the news before bed as it can evoke worry and negative thoughts. Get into the practice of writing down all the things you appreciated that day so you calm down and drift off on a positive note.”

4. You’re snippy with everyone!

You feel on edge and angry. Anything can set you off. Your cell phone doesn’t work and you throw it across the room. You’re screaming in traffic. You’re irritable at work and prefer the door to your office closed so you can avoid everyone. Hafeez explains that it is normal to have a short fuse when stressed. Unfortunately, the people we love the most get the fall-out from our stress. “Put yourself in time out mode. Notice what is setting you off and avoid it for a day or two. Book a spa massage, take a long bath, pamper yourself, cash in on some well needed me time. Within hours your mood will shift,” Hafeez says.

When stressed it’s common for sexual desire to wane. When your mind is on other things the last thing you want to do is get romantic. According to Hafeez starting off with sensual touch is calming. “Simply being in the bed holding hands breathing for two minutes can work wonders. Don’t rule out sex, ease into it. Avoiding sex only adds another thing to be stressed about and sex is a stress reliever. You need those feel-good brain chemicals to beat the stress,” she says.

To sum things up, Hafeez suggests that we try not to get upset if our preferred candidate didn’t nab the presidency. “Things could be far worse,” she says. “You could be President of the United States. Now that is something to be stressed about!”

Work Commute Quality Can Determine Performance on the Job