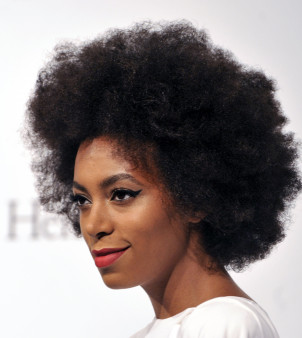 Her latest recording, When I Get Home, explores feelings and the emotional support that comes from cherishing ourselves, the people we love and respect and returning to our roots.

According to experts, brain imaging shows that different types of music can help to regulate people’s emotions, which is an essential component of good mental health. That said, the release of Solange Knowles’ fourth studio album, When I Get Home, offers listeners a chance, once again, to experience the performer’s lyricizing and spirit-nourishing musical vibes that soothe and support spiritual and emotional well-being, a recurrent theme in her work, reports pitchfork.com.

“With this album I had so much to feel. Words would have been reductive to what I needed to feel and express. It’s in the sonics for me,” Knowles said in a story written by Antwuan Sargent, a social media personality and critic of Black contemporary art.

“I think after touring the last record, there were a lot of things that were happening to my spirit—things that feel sort of out of control,” she added.

Knowles launched the LP in Houston, her hometown, a place she’s said gives her joy. “It just feels good. That’s what home does for you,” she said to Sargent. “I could be anywhere in the world, but nothing is gonna make me feel like this place does.”

While creating new music for this album in late 2017, Knowles disclosed that she was receiving treatment for an autonomic nerve disorder. (These ailments affect the autonomic nervous system, which controls involuntary movements.)

The singer also released a 33-minute video that celebrates the Black cowboy themes woven throughout the LP.

In interviews, Knowles called Houston an anchor to familiar things and said the city has helped to enrich her as a person and creative artist.

Click here to read more about how music can affect mental health.