When I heard Whitney Houston was dead, like many other people I was stunned. Even now after the announcement of her death, I find it hard to believe such a vibrant woman is gone. But on Saturday, February 18, 2012, Houston’s family will lay the singer to rest.

Interestingly, although Houston touched many with her amazing voice, she also affected the lives of countless people because of the work she did to raise money for HIV/AIDS awareness.

Houston’s HIV/AIDS advocacy reportedly stemmed from the death of one of her gay male friends. In 1990, she sang at Arista Records’ 15th anniversary “That’s What Friends Are For!” concert and helped raise $2 million to benefit the Gay Men’s Health Crisis and other AIDS-battling organizations. 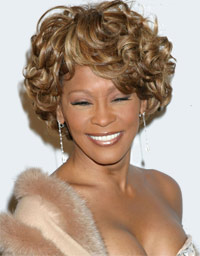 Despite her philanthropic work to help people living with HIV/AIDS, however, Houston still had critics. Remarked one of them online, “I can’t connect AIDS charity with LGBT support. We don’t need people feeling sorry for us only when we’re sick and dying. We need people who support us vocally when we’re alive and want to live as equals.”

And, although I sympathize with Houston’s critic’s sentiments, to be fair, Houston did offer support to the HIV/AIDS cause at a time when few performers cared to step up to the plate. Besides her fund-raising work, Houston founded the Whitney Houston Foundation for Children to help homeless kids and children with cancer and AIDS, and performed at benefits to help raise money for HIV/AIDS research. Why? To stop people from getting sick and dying.

But isn’t that just like folks to forget good deeds so quickly? Unfortunately, as people revive many of the old rumors and innuendoes about Houston, her philanthropy and championship of these causes often go unmentioned. Instead, what’s news now are the personal issues that made Houston a celebrity target: her rumored lesbian leanings, marital problems and substance abuse challenges, which all worked to demolish her image as the sweet, wholesome girl next door with the big voice.

But here’s what many think should be a huge part of the news coverage now. Years ago, before it was popular for mainstream entertainers to perform for LGBT audiences, Houston sashayed onstage at the New York City piers in 1999. The occasion was the Heritage of Pride’s 13th annual Lesbian & Gay Pride Dance. In retrospect, what’s even more surprising than Houston’s performance at this exclusively LGBT event is the fact that Houston didn’t let her membership in the black church stop her from reaching out to these members of God’s global congregation. At that time, such an action was huge. When asked why she performed there, Whitney ended her response to the question with this summary, “We’re all God’s children.”

Needless to say, Houston’s attendance and performance that day cemented her popularity with the LGBT audience--forever. As the years passed and her star waxed and waned, Houston’s fan base--gay and straight--remained loyal, tabloids be damned.

In the past few days following Houston’s death, I’ve heard her songs played everywhere, including stations that don’t even have a music format. For me, her songs are a time tunnel that take me back to a time when I was editor-in-chief of a national teen entertainment music magazine.

I’d met Houston on a handful of occasions: at an Arista Records Grammy Awards after-party at the Rainbow Room in New York City; backstage as she prepared to rehearse for a show at Madison Square Garden; and then again at a celebration dinner for her at Mr. Chow’s, the one on East 57th Street in NYC.

At that last event, Houston sat at the head of a long table; she was hosting journalists from a number of major magazines. Dinner was served communal style. Houston sparkled and exchanged conversation, effortlessly holding court. Many in this usually blasÃÂÃ‚Â© crowd actually seemed in awe of the elegant singer.

Houston was making a comeback after spending time in drug rehab. About 25 to 30 pairs of press eyes searched her face looking hard for any cracks. A few of my fellow journalists felt Houston had arrived late because she was still struggling and wasn’t quite there.

If she was elsewhere, though, I couldn’t tell.

Today, on the eve of Houston’s funeral, I don’t think any of this matters. Whatever her inner demons, Whitney Houston will be remembered by her fans because of her abundant talent, the kindnesses she showed and the empathy she had for other people in less fortunate circumstances than her own.

All in all, I think that’s the best epitaph that can be written for this entertainment superstar, who at heart was just a girl from Newark, New Jersey who sang in the choir and finally made it big through the Grace of God.

In the hearts of those she helped, she will live on forever.