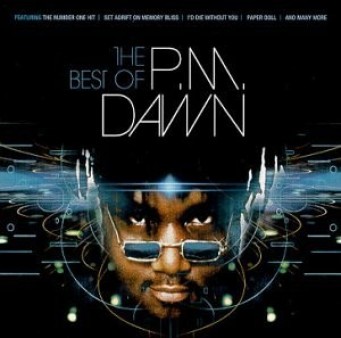 Prince Be of P.M. Dawn

Was P.M. Dawn’s Prince Be a Hip-Hop Hero?

Recently, rap lost another of its pioneers to diabetes. This disease, a sneaky taker of lives and health in our communities, claimed P.M. Dawn’s Prince Be (real name Attrell Cordes), age 46. According to news reports, kidney failure brought on by complications of diabetes was what caused Prince Be’s death. During the past few years, the entertainer had suffered several strokes and one of them, in 2005, left him partially paralyzed. One of Prince Be’s legs was also amputated because he’d developed gangrene. “He had been in nursing homes for the last several years,” the report stated.

P.M. Dawn’s Prince Be looked like his music sounded, kinda pillow-soft and dreamy. As a matter of fact, back in the day, that’s what got him into trouble with some hardcore hip-hop hotheads.

At the time, rap had started to expand and the music began attracting a more mainstream audience. Prince Be and P.M. Dawn were among a group of alternative rappers who helped make hip-hop more palatable to more people beyond the confines of the music made up of a largely more urban audience.

Although P.M. Dawn’s new take on rap received praise for its expansion of the artform, some rap artists felt the group’s music wasn’t a true example of hip hop. One rap artist, KRS-One, of Boogie Down Productions, took offense at a comment Prince Be made in a music magazine article questioning his role as a hip-hop “teacher” and bumrushed Prince Be and his group during their performance at a local nightclub.

Gamely, Prince Be took his licks but still stayed true to himself and his sound. The group’s hit single, “Set Adrift On Memory Bliss,” from their first album, Of the Heart, of the Soul and of the Cross: The Utopian Experience, got them noticed internationally and helped to launch their career in the United States.

According to news reports, Prince Be had been battling diabetes for years. Currently, about 29.1 million Americans have diabetes. But of this population group, 8.1 million of them don’t know they have the disease, which develops when the body either doesn’t produce any insulin at all or lacks enough of this hormone causing blood sugar levels to rise too high.

But how does diabetes lead to kidney failure? The answer to this question, I learned, has to do with the high levels of sugar, or glucose, in the blood that characterizes diabetes. When people living with diabetes don’t have their blood sugar levels properly controlled, the buildup of glucose can make the kidneys filter too much blood. This puts a strain on the microscopic holes inside the small blood vessels found in these organs that act as filters to remove waste products from the bloodstream, which can eventually lead to kidney failure.

The good new is if doctors diagnose kidney disease early, there are treatments that can stop this illness from getting worse. But what about the millions of people who don’t even know they have diabetes? According to the American Diabetes Association, of the 29.1 million Americans who have the disease, 8.1 million of them haven’t been diagnosed. The bad news for them is that their kidneys are surely taking a beating and the longer they’re unaware they have diabetes, the more damage the disease does to their organs. The same thing can happen to those who know they have the illness, but don’t have their diabetes under control.

Like Prince Be, many people living with diabetes are at risk of an amputation. The nerve damage, called diabetic neuropathy, that the disease triggers can cause feet to become numb. Numb feet means diabetes sufferers lose the ability to feel injuries in this part of their bodies and this can lead to foot ulcers that may not heal and lead to serious infections.

The stroke that led to Prince Be’s partial paralysis is another risk factor people living with diabetes face. When there’s too much sugar in the blood, this can increase the accumulation of fatty deposits or clots on blood vessel walls. These clots can narrow or block blood vessels in the brain and neck, cut off the blood supply and stop oxygen from getting to the brain, resulting in a stroke.

But even though diabetes took a toll on his health, Prince Be continued to perform with P.M. Dawn. In 2005, the group appeared in a music competition on TV and won a $20,000 prize for charity. They contributed the winnings to the Juvenile Diabetes Research Foundation.