Obesity Recognized as a Disease

The American Medical Association (AMA) board has voted to identify obesity as a disease. Over the past 30 years, obesity has increased tremendously amongst adults and children. The increase in obesity has also expanded globally. According to the World 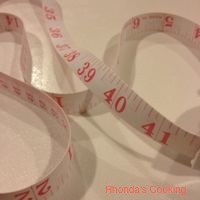 Health Organization (WHO), 1.4 billion adults (ages 20 and up) and 40 million children under age 5 are overweight, and those that are overweight over 200 million men and nearly 300 million women were obese!1

AMA’s importance of recognizing obesity as a disease according to ABC News Senior Medical Editor, Dr. Richard Besser, is so that doctors can take obesity more seriously and insurance will pay for more of the treatments around this.2

So, what’s next? I recommend that they start with addressing a contributor root to obesity--FOOD! I strongly feel that the AMA should recognize food as an addiction--in the same manner as alcohol and drug abuse. When a person is addicted to food, they are in a sense committing food abuse and the result can be just as deadly! It can lead to obesity, which can lead to heart disease, diabetes, etc.! There is an abundance of information regarding alcohol and drug abuse including specifics regarding treatments. However, when it comes to food there is no treatment or insurance coverage offered in the same manner as other abuses.

If America wants to reduce obesity in this nation, then we must recognize that food plays a vital role in contributing to it. Food can be an addiction and some people need help!