Maya Angelou: Her Legend Lives On 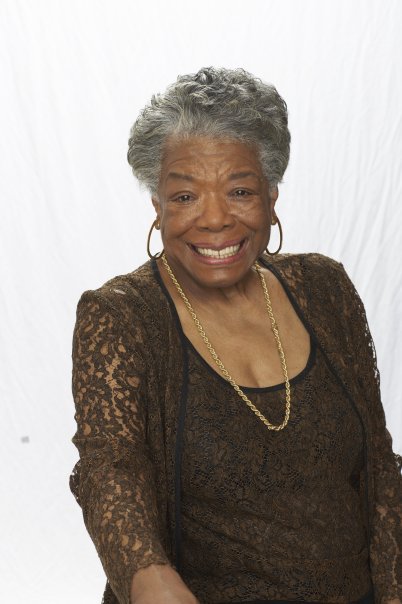 When I heard Maya Angelou died, I found the news incredible. Although I realized this remarkable woman was well up in years, I’d always thought that she was somehow indestructible.

During her childhood and adolescence, her life was affected by the kind of pain and suffering many of us only read or hear about in tragic news stories. But she weathered the storm to become a woman of substance and stature who many people regard with respect and awe.

Like many African-American women, Maya Angelou suffered emotional and mental trauma from the stigma and discrimination that often accompanies being born black in a color-conscious world. What’s more, Ms. Angelou was female, another strike in a patriarchal social order that still continues to, in many ways, place women second.

It’s been said that Maya Angelou was a “phenomenal woman” and I couldn’t agree more. Just read almost anything from the thought-provoking writings, recordings, art and plays she’s produced.

But recently I learned there was much more to her life than just reading, writing and performing. Beyond poetry and storytelling, Ms. Angelou was also an advocate for women’s health.

Several years ago, Wake Forest University honored Maya Angelou by naming a women’s health care center after her. Ms. Angelou was pleased. Women’s health was a priority for her. “Anything that has to do with improving a woman’s life, I support it,” she once said to Lesley Kennedy, a reporter for MORE.com.

But that was the way Ms. Angelou felt about human beings in general. “Anything which serves to improve the condition of any human, I support it,” she added to expand on the thought.

I also found it interesting that Maya Angelou suffered from heart disease, the nation’s No. 1 killer of women, according to the American Heart Association. (But at the time the time I wrote this blog, the cause of Maya Angelou’s death wasn’t yet confirmed.)

Two years ago, Ms. Angelou gave her name to another women’s health center, the Maya Angelou Center for Women’s Health and Wellness in Winston-Salem, North Carolina, the city where she lived.

The goal of the center neatly coincided with Ms. Angelou’s last cause and one of her lifelong concerns: “That women care enough about themselves to want to change their health.”

Music Therapy May Benefit Patients After a Heart Attack