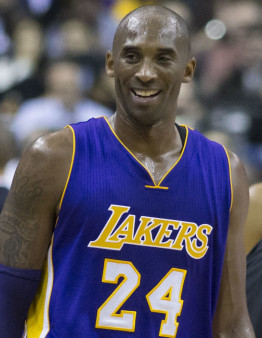 Is Kobe Bryant Homophobic or Just A Product of His Environment?

Out of the Abundance of the Heart the Mouth Speaks!

(A Tree is Known by the Fruit it Bears) 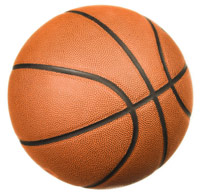 For years I have been a Laker fan. I’ve attended Laker parades, purchased Laker gear, attended countless Laker games and can be found glued to the television as they play out of town games that I can not personally attend. Days on end I can be seen proudly wearing my favorite Laker hat and my purple and gold, like it is a ritual. Even while traveling last summer to the Big Apple (NY, NY) I engaged in countless conversations on and off airplanes and trains about my Lakers! I can’t even articulate how wonderful it is to travel all over the country doing book signings, only to arrive in a new city to see them selling Laker gear like it is going out of style.

However, Tuesday night was the first time in my life that I felt embarrassed to even be called a diehard Laker fan. I have seen my Lakers lose games and still I believed in them and supported them, in spite of what anyone had to say, but I must tell you that it broke my heart (as a same-gender-loving black man) not to receive the same support and respect back. Yes, I know that many of you will say, “He’s just over reacting and blowing an unintentional comment, verbalized in the heat of frustration and anger out of proportion. Besides, it’s not really all that serious!” But the truth of the matter is that it is very serious! As a matter of fact, on a scale of 1 to 10 it’s a 50!

Whenever someone who is as highly respected and admired like Kobe Bryant, loses control at a nationally televised NBA Game and calls an NBA Referee, a F*@king Faggot!!!", that’s nothing to sneer at! Of course Kobe claims that it was out of “frustration, pure frustration” after being slapped with his 15th technical of the season. This may be true, but it is also true that millions of young men and women look up to Kobe, worship the ground he walks on, and incessantly dream of one day being just like him.

Yes, I agree that Kobe was indeed angry, so he reached into his arsenal of words and found the most derogatory, demeaning term and hurled it at the Referee with the intention of doing the most emotional and psychological damage to the man that he could. No one can convince me that if he didn’t think gays were the scum of the earth that he would not have purposely selected this word. As stated previously, he merely expressed what he really feels at the core of his being and reached into his arsenal of weapons with the full intent to annihilate the man in the worst way possible verbally - striking back like a foolish child throwing a temper tantrum.

Now, just so you don’t think I’m being too hard on Kobe, I know firsthand what it means to be in the public’s eye and constantly scrutinized and I know what it is to be revered by thousands of people all over the world and have to live up to a glorified image and inflated expectations. But in times of frustration, I don’t resort to calling people names or using derogatory slurs because I am infuriated. The reason that I don’t do these things is not because I possess some type of supernatural control over my emotions, but because these things are not in my heart! Intense anger has a way of exposing what has been intentionally or unintentionally embedded in our hearts. Contrary to popular opinion, anger is not necessarily a bad emotion when bridled and tempered by self-control. But anger can be a double-edged sword betraying us and exposing ideas and prejudices deeply rooted in our hearts and minds. In one ungarded moment, the heart can bypass the mind and express itself, revealing its true content when tested by the refining fires of life.

Kobe has already gone out of his way to apologize and demonstrate his deep remorse for having acted so stupidly and I applaud him for doing so, but I also would like to recommend that he allow the purifying light of God’s love and truth to flush out what has been implanted in his being which has been secretly defiling him and the multitudes for decades.

The gay community has been desperately striving to make us comprehend for years that "LIFE AND DEATH IS IN THE POWER OF THE TONGUE!" Here is one of the greatest wisdom principles that one could ever learn, and that is “WORDS CAN CREATE AND DESTROY!” What we contemplate and think upon constantly is a form of meditation (with unlimited ability to shape our thinking) that is why rap music is so powerful! Eventually that which we think upon for an extended period of time shapes our thinking and behavior. One of the greatest spiritual truths of all time is “THOUGHTS ARE THINGS AND WORDS HAVE POWER!” Moreover, thoughts and behavior reveal what is truly in our hearts and minds long before we begin to speak it!

I believe that in some ways, Kobe is a victim himself and didn’t fully realize it until this unfortunate incident occurred. You must realize that it has only become distasteful and unacceptable to use terms against gays in the last two or three years. For years, well known rappers spewed out homophobic slurs as often as it rains in Seattle. Consquently, it was acceptable to do so because if a man was gay, he was considered to be the scum of the earth. Furthermore, though many rap artists have toned it down fearing the wrath of organizations like HRC and GLAAD, they have done nothing to undo the damage in the hearts and minds of millions of fans influenced negatively for years who now view gays, lesbians and transgender people as people who are worthless, demented, incomplete and/or distorted.

This prevailing attitude is not only something that plagues African countries like Uganda but is also expressed in America’s overt refusal to grant same-gender-loving people equal rights. It is clear that the people living in the hood aren’t the only ones brainwashed by relentless subliminal homophobic hate messages which cause our young people to commit suicide at an alarming rate, and tempts conservative religious extremists with ideas of reinstating Jim Crow laws under the guise of “reclaiming their country from a supposed incompetent Black leader.”

And the comments! The comments are so offensive until it sickens me at the core of my being to even know that people think hating anyone is okay. Just listen to the comments posted on the Lakers’ BlogSpot, YOUTUBE and in the Los Angeles Times.

“I don’t think this should be an issue that generate much money for the nba...its just an expression that wasn’t directed to anybody...which should have not been given attention...these gays/lesbians have just been so pampered when in fact they are not very sensitive to the society as a whole...has the media been attentive to these gays/lesbians when they attack personally the pope, the clergy when these persons are morally upright than them...”

“Ha ha ha .. that was really funny, the gays are so hurt, poor gays... their feeling are truly hurt”

“Kobe, do not try to appease the homosexual community by being in one of their sick sodomy celebrating parades and don’t allow them to extort money from you. Society is supporting you against these ...whiners.”

“...and fags are offended as always, crybabies, and then they wonder why nobodyÃÂ¯Ã‚Â»Ã‚Â¿ likes them!”

When I read these comments, I realized just how very far we as Americans still have to go to reach The Promised Land of Equality. Every day, I personally see young Blacks and Hispanics being verbally and physically abused by people who just don’t give a damn! And I think to myself, if Dr. Martin Luther King, Jr. were still on the planet, he would be grieved tremendously to see us treating one another with no regard for human life and no regard for our children’s future or well-being. But then again, it’s clear from the majority of comments that I read that it’s perfectly okay to do it to them because we hate them anyway. The real truth of the matter is that we all have brothers, sisters, cousins, nieces, nephews, uncles, aunts, step-children, husbands, wives, friends and lovers who are gay, lesbian, bisexual or transgender. We may not know it, but it is a true fact! And suffice it to say, that the Lakers have more gay fans than they could ever imagine who regularly purchase season tickets, show up at parades and proudly wear and display their Lakers’ gear without any reservation. It’s just too bad that many of these people will be murdered, ruthlessly persecuted and beaten beyond recognition by peers simply because they are gay!

Even though maniacs and misguided people and diehard Laker fans want to blatantly overlook Kobe’s foolish mistake, because after all “it didn’t really hurt anybody or endanger anyone” - which is what many will be inclined to think and say. Statistics prove otherwise, or didn’t you note the epidemic of suicides among gay and lesbian children and young adults this year and the year before? And of course it had nothing to do what the fact that stars, rappers and athletes in a fit of anger slipped and called someone a “F#@*king FAGGOT!” The only problem is that you will never be able to convince the mother, father and grandparents of that gay child who has been abused or even heartlessly murdered that these mishaps were harmless and inconsequential! There is, however; one statement written among the numerous comments that appropriately expresses a truth that I think all Americans need to read and consider upon which I will conclude.

“This is a sad day for Kobe, for the Lakers, and for the NBA. That he came out, in a moment in anger with such a nasty slur, it means that deep inside he holds a deep seated homophobic hatred. If the Ref or another player would have called Kobe the infamous politically incorrect ’N’ word’ - wow, would Kobe have been angry! Kobe should be penalized more heavily for this. He should be suspended for at least one game. We have too many big shot athletic ’heroes’ who are continually giving the wrong message to their fans, especially young people. It has to stop somewhere...whether it is using verbal insults or shooting up steroids, there are major morality issues we collectively must face. I am a big Lakers fan and still love Kobe Bryant. However, after this outrageous remark, he is just as guilty as the Barry Bonds and A-Rods who abuse their position, their salaries, and place in society.”

Who knows, perhaps Kobe can donate the $100,000 fine he was forced to pay to the families of all the innocent same-gender loving people (that supported the Lakers for years) who have been beaten to death by homophobic abusers to defray the cost of funeral expenses!