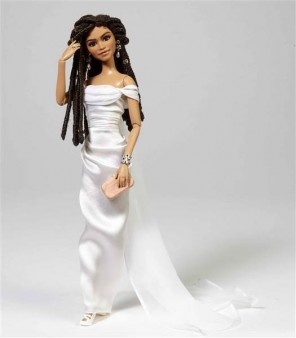 When the story broke about Fashion Police host Giuliana Rancic’s joke about Zendaya Coleman looking like she smelled of “patchouli oil and weed” because of the singer and actress’s dreadlock hairstyle at the recent Academy Awards, a firestorm of comments followed.

The back and forth continued in the media for weeks. Then Coleman appeared sporting a style showing her hair’s usual straight texture. TMZ quickly followed by catching up with Zendaya, who was out walking with her father, to ask a few questions. In the online news story, TMZ wrote, “pretty interesting to see she’s already ditched the very hairstyle that created all the fuss.”

This brings me to the point of my blog post. Hairstyles change all the time, so why use this method of self-expression to link hair texture with negative--or positive, for that matter--descriptions of someone’s character, morality, lifestyle or personal preferences?

When it comes to appearance, clothing, hair styles, fragrance preferences and any other number of ways people choose to express themselves are just that--self-expression, which says nothing about someone’s worth or value.

Realistically, I understand that none of this matters in the real world. Judgments about people are made every day based on what they look like, wear, read, drink, eat, or any number of things--including the texture of their hair--that have nothing to do with what kind of person they really are.

Interestingly, the negative comment about dreadlocks follows the Dove “Love Your Curls” campaign promoting self-love among women with curly hair. Actually, the positive sentiments go much deeper than just what grows from these women’s heads.

Really, it’s too bad commercials like these are even necessary. But as the dreadlocks joke shows, there’ll always be a need for voices with other messages and comments that encourage people to love themselves despite whatever box society chooses to place them in.