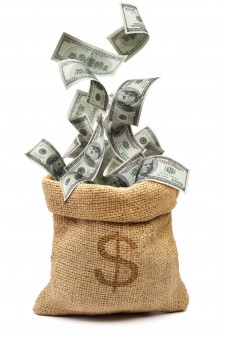 Why old player moves aren’t working on today’s women. My answer is women have changed. Books titles like The End of Men and the Rise of Women by Hanna Rosin, The Richer Sex: How the New Majority of Female Breadwinners Is Transforming Sex, Love and Family by Liza Mundy are two books which speak to our changing times. Even groups like the National at Home Dad Network speak of the change in women.

An article in the Huffington Post reported the majority of American women are now breadwinners in their households, according to a survey conducted by Prudential Financial. When I tell people there single men in their late 30s who have jobs and no children they don’t believe me. This is something that both men and women have a hard time believing. Recently I had a long discussion with a single guy in his early 40s about why he was still single and all of the experiences he’s had with women. I learned a lot of things and felt the need to share some of the things that had kept him single so long and is still keeping him single.

1. Women are making more money they did ever before. Of the more than 1,400 women surveyed by Prudential Financial 40 percent were single or divorced -- 53 percent were the breadwinners in their households. Nearly a quarter of married women surveyed said they earned more money than their husbands. However, they still want a man who makes more money than they do. So the pool of men is smaller for working women. Also men wish impress these women need more expensive things than they did before.

2. There are more adult women than there are men. In 2010, there were 96.7 males for every 100 females in the United States and the male birth rate is declining according to a study done in 2011 by the Environmental Health Perspectives. Women now only accounting for 7% of the population in state and federal prisons. Women live longer and are 15 times less than men likely to get arrested. There are more women in college than there are men with a male-female ratio of 43.6-56.4.

3. More fathers are getting custody of their children. According to a 2009 article in Working Mother Magazine there are now 2.2 million divorced women in the United States who do not have primary custody of their children, and an estimated 50 percent of fathers who seek such custody in a disputed divorce are granted it. This has changed the image of a single parent and it is now easier for people with children to date. Step parenting is not a big deal anymore. Guys used to be able to have a leg up on a woman with a child but with a 43% divorce rate the chances of finding a women over thirty without a child is very slim.

4. Women are in charge of men in the workplace. According to National Study of the Changing Workforce by the Families and Work Institute today, women are more likely to work as managers or professionals when compared to men (38% of women versus 28% of men), and are better educated, with 62% of women versus 56% of men having completed 4-year college or some post-secondary education. Not only are women making more money than they used to but the amount of female CEOs and supervisors has risen. There are a lot more women who are used to making decisions for themselves and other men.

5. Women workout more than men. The number of women reporting regular exercise increased by 8.6% to a total of 46.7% while Men still outpaced women in reporting regular exercise, but made less of an improvement, up 3.5% to 49.7% as reported by the last Behavioral Risk Factor Surveillance System (BRFSS) survey in 2001. Women have been going to gyms maintaining their sexy for years long before this new rise to power. While American men act like there’re in South America and they can have big bellies and think they can still demand a sexy wife. Women in America can buy their own implants and don’t need a fat sugar daddy like years prior.

6. The pressure is not on women. Even though women are becoming more independent the social responsibility to find a mate still falls on the man. Some women will find a sperm donor before they take responsibility to meet a man. As successful as some women can be they still sit at bars waiting for a man to buy them a drink rather than learning how to make conversation and meet the men they like. Men have to deal with the rejection which comes with the role of the picker upper.

7. Too many men have been taught to be dogs. The expression “sowing your wild oats” has been traced back to the Roman comic Plautus in 194 B.C. and was probably used before him. It usually refers to a young man who seeks to indulge in sexual relations with as many partners as he can before settling down with one. This is a guiding philosophy of generations of men. It was even the main plot of Eddie Murphy’s movie Coming to America. Well the world has changed people, it is different than it used to be just during the 60s. Many of the things older men teach younger men to do are out dated. Young men hear stories about playboy men who had dozens of women and try to emulate them. With spy cameras, street camera and the internet’s social networking the days being able to have secret polygamist network are gone. Technology has almost made it impossible to be a two timer.

8. The racial barrier has been knocked down. In 2010, 1 in 12 married couples in the U.S were interracial couples, according to reports by the Pew Center which say that there was a jump from only 3 percent of married couples were of mixed-race in 1980. This may seem like it affects Black men more because it gives them more interracial options but these barriers have not been knockdown equally. Reggie Bush kind of gave the interracial dating barrier its last kick when he publically dated Kim Kardashian. Now the social barriers limiting Black men to dating Black women is not as big as it was in the past. Now Black men who resist the changes in the social roles of successful women can find a woman from another culture which hasn’t experienced this female growth. Unfortunately for women America’s gender reversal is not worldwide. In most of the other countries around the world traditional gender roles are still dominate.

My last two points are suggestions for men and women on the changes they will have to make to deal with this social change.

9. Guys got to step up and learn how to talk to women better. The days of pulling up in a new luxury car are gone because the women may have a more expensive car. They also have to learn how to be monogamist. Cheating is quickly becoming an activity of people who want to get divorced. The problem is people don’t get taught how to date. They make up their own techniques. Dating Coaches emerged in the late 80s and are now mainstream. Dating coaches are coaches whose job is to direct and train people to improve their success in dating and relationships. Dating Coaches and how to get the girl book sub-genre are available. Men have help in learning how to better their dating skills.

10. Women why they may celebrate receiving equal pay and being in charge there are still some things they need to be mindful of. An article on SingleMindedWomen.com summed up the general sentiment toward female supervisors succinctly: “Female bosses fall into one of two categories,” according to an article on “B*tches or bimbos.” The feature examines the stereotypes of women bosses as “dragon ladies” as perpetuated by movies like The Devil Wears Prada. Now, I’m not suggesting for women to lower their standards but I am saying they could take a page from Michelle Obama. Bill Clinton said he liked Barack Obama because he was smart enough to marry a woman like Michelle. I like to reverse the complement. I think Michelle needs the pat on the back. She was an Ivy League student who met Barack who was driving a rusted out (as Michelle Obama described it) car (a Ford Granada) and it looked like he found his furniture in a dumpster. Michelle was already working at her Law firm when Barack was hired as an intern. For her to date a man like Barack required a lot of trust and vision. A lot of women today lack that type of vision. I also caution women in administrative positions from becoming the type of breadwinner that they didn’t like men being. Since societal change takes such a long time (over a decade) people have a hard time remembering how society was just a years ago. All you have to do is look at old TV shows like All in the Family to see how households were with male breadwinners. Archie Bunker type men were very chauvinistic. This Donald Trump type of breadwinner behavior looks down on their spouses. We have moved past this caveman Fred Flintstone attitude of women where’s my dinner? type of mentality. For female breadwinning households to succeed they have to have a more balanced type of structure.

Please as always use my information to improve your dating and share this with other people you feel can benefit from it. And because I am not the Almighty so please share your comments and ideas with me. Thank you Yo Jeff.