When Venus Williams, the world renowned tennis star, recently announced that symptoms stemming from her battle with Sjogren’s Syndrome were forcing her to withdraw from the U.S. Open Tennis Championship, it caused me to reflect back on my 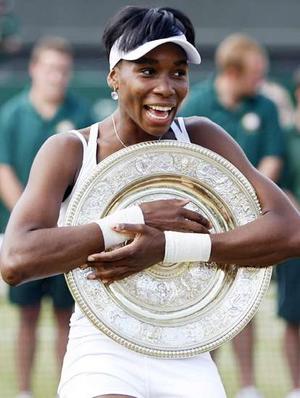 own battle with rheumatoid arthritis. Rheumatoid Arthritis (RA) and Sjoren’s Syndrome both belong to a group of diseases collectively known as autoimmune disease. Autoimmune diseases arise from an overactive immune response of the body against substances and tissues normally present in the body. In other words, the body actually attacks its own cells.

Like most autoimmune diseases, side effects of both RA and Sjogren’s Syndrome can include swollen, stiff joints. As a matter of fact, it was Venus’ complaints of swollen, painful joints and her inability to be as mobile as necessary which prompted her to withdraw from the tennis competition. When I heard the news about Venus, I thought about my own painful memories of the disease. Remembering the times when I could not get out of bed, place my swollen feet in my shoes or button my blouse makes me truly empathize with Venus’ struggles. Unfortunately, there’s not a cure for either disease, so traditional medicine focuses on symptom management. The “gold standard” of treatment for these types of diseases usually includes steroids and anti-inflammants.

When I was diagnosed with RA, these were the types of drugs prescribed for me. Unfortunately, the medications did not work and I found that my symptoms became increasingly worse. I was at a breaking point and I knew that I could no longer live like that. It was at that point that I began researching alternatives. My research led me to discover the medicinal properties of fruits, vegetables, spices and herbs. Shockingly, I also discovered that certain foods, ones that were considered “healthy”, caused more harm to people with autoimmune diseases than other foods. These foods, for whatever reason, triggered inflammatory responses in the body when consumed. One of the core problems when dealing with RA, Sjogren’s Syndrome and all of the other autoimmune diseases is the problem of inflammation. Over time the prolonged inflammation caused by these diseases contributes to organ damage. In terms of symptoms, it manifests as painful, swollen joints.

After discovering this, I began the painstaking process of removing “inflammation causing” foods from my diet. Foods like coffee, dairy, soy, eggs, wheat (gluten), corn, chicken, turkey, pork, tomatoes, potatoes, and eggplants! With this long list, I was frustrated and screamed out, “So, what can I eat now?!” It was indeed a journey and a lifestyle change, especially for a Louisiana girl who grew up on butter, sugar and fried foods! However despite the food lifestyle makeover, I felt better almost instantly. After only being on this new diet for about two weeks, the pain and swollen joints were gone and I could grip my toothbrush in the morning without being in pain! I used those foods that I ate, to create recipes that I ultimately included in my cookbook called “So, What Can I Eat Now?!”

So, though Venus may be challenged with this syndrome that causes swollen, stiff joints, there is hope for her or even you if you suffer from the same or similar issues. Take it from me, I have been medication free since 2005 and have NOT had joint pain since I started eating healthier and changing the foods that I ate!

I challenge those of you with arthritic conditions, lupus, Sjogren’s Syndrome, fibromyalgia, etc. to have a food lifestyle makeover and stop eating those foods that trigger inflammation for two months and watch what happens. Are you up for the challenge? If you have questions, please post a comment.