What’s there to be afraid of in a relationship or while dating? Are Dating Fears keeping you from dating or getting married?

People have all kinds of problems and concerns with being in a relationship whether it is marriage or just dating. These concerns are not hard to address. In fact all of these can be addressed by some simple dating techniques. There are more single people than there are married people for the first time in America’s history. In addition to that marriage is under attack. It is losing its popularity. People are “hating” on marriage and being in a relationship. Part of it is because people who have had problems trying to find someone to be in a relationship with think it is the people they’ve met that are the problem. While other people get so frustrated they chose not date at all. Dating should not be something people don’t want to do. It shouldn’t be something people are scared to do. One of the most effective things in fighting fear and apprehension is information. So to help people get over the obstacles they have blocking them from enjoying a relationship, I have responded to the top 20 reasons or fears people have which keeping them from dating. I have used information from my three main tools (The Hip Hop Dating Codes, The Hip Hop Dating Contract, and my Playa Hata List) to help elevate the fear. The tips from these three lists will give everyone the information they need to get back in the ring of dating so they can find someone to marry and live happily ever after. 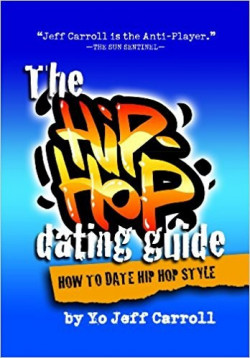 1. CHEATING. The person you are dating cheats on you. The best defense from a cheater is to make their job hard for them. Cheaters thrive off privacy and routine. In my Playa Hata list tip #2 I suggest for people to get to know the daily activities of the person they are in a relationship with. This should be easy because if you really like someone you should be already be interested what their activities are.

2. TWO-TIMERS. The person you are dating is already dating someone else. While some people don’t care if they are approached by someone who is already in a relationship it does bother other people. Some people are scared of dating because they think they may start dating someone who is already in a relationship. This is a legitimate fear. One of the things I suggest to check for this is found in my Hip Hop Dating Contract. Term #7 of my contract is to publicize your relationship. Even if you are in a same sex relationship and are keeping it a secret from your family you should tell everyone you can.

4. RAPE/ABUSE. Being abused by the person you are dating. The real statistics on rape show that pepper spray and karate moves won’t help much to prevent rape or abuse because 68% of rape victims know their rapist as either casual acquaintance, friend or boyfriend. One way I suggest you can defend yourself from dating violence is to own your sexuality and not put yourself into positions where you can get seduced or drugged. Openly confronting sexual intimacy like the 1930’s actress Mae West did. She was upfront with the sexual interest she had in the men she dated. She would say “is that a pickle in your pocket or are you just glad to see me?” and “Hey big boy why don’t come up and see me some time?” She would follow that by saying “give me your number and I’ll let you know when?” My last Hip Hop Dating Code addresses this fear. Dating Code #10 is Don’t be seduced and to decide (like Mae West) when you would like to become physically intimate. Not by just holding out (making some guys anxious) but pointing out when you would like to engage.

5. DATING A LOSER. You learn that the person you are dating doesn’t have a solid plan for their future. This is mostly a concern that women have because in a traditional relationship the male is the provider’s and no one can become successful without making plans. Therefore, you can allievate this fear by making sure the person you are dating has future plans. However, as important as it for you to date someone with plans you can only find out if they have plans through talking to them about meaningful things. Subjects such as politics, religion, raising children and financial goals are usually subjects people avoid talking about early in a relationship. In the Playa Hata list tip #5 it advises people to talk to the person they’re dating about as many subjects as they can think of. Communication is essential for all strong relationships.

6. DISEASES. Contracting a sexually transmitted disease or getting AIDS and dying. Getting pregnant or getting the person you are dating pregnant. The only sure fire way to protect yourself from contracting an STD is to go on a screening date together. Abstinence and a commitment to contraceptives can address a fear of pregnancy but what makes both of these fears so scary is that people are so addicted to sex. They can’t wait to have it. Some people don’t feel they are in a relationship unless they are having sex. What is needed is clarity. This is such an area in need of guidance that I have tips on both The Hip Hop Dating Codes and the Playa Hata list which address these fears. Tip #4 of the Dating Codes is to use contraceptives until marriage. Tip #4 on the Playa Hata list guides people to not spend the night together the first night they meet and to not engage in sex too hastily.

7. HAVING UNWANTED SEX. Being raped by the person you are dating when you tell them you don’t want to have sex. Even without sex being forced or the pressure of having sex in a relationship scares people who are virgins into thinking they will have to lose their virginity. Tip #2 of the Hip Hop Dating Codes advises people to not only not engage in sex on the first night but instead have a sex talk.

8. BEING BORED. Getting caught in a boring relationship. Being with the same person forever and not having a fun dating life. Since in America society people date different people until they find someone they’d like to marry some people get addicted to dating. It’s like having to choose one type of candy in a big candy store is like choosing one mate the variety of variation of people are just as endless. Playa Hata list Tip#8 addresses this fear head on. It suggests to people to share their problems with the person that you are dating and not hold issues away from them. Many times feelings can be mutual and issues can be revolved. One way or another by communicating with your date you can either find a solution to the issues burdening your relationship or end your relationship.

9. USED for SEX. Having sex and then the relationship ends is like being sexually devalued. Not having sex and being used for dates and gifts is the male fear equivalent. Whether it is because the belief that all people want in a relationship is sex and will leave you after they get it or if is the fear of getting used for a high priced meal, the fear is scary enough to keep people from dating. Hip Hop dating Code Tip#3 suggest singles to quickly define their relationship. Many people never proclaim their relationships. Just the simple clarification of what the status of the relationship can push away the most devious of ideas. People are less likely to use a person who is a boyfriend than they are someone they don’t know the last name of.

10. THE FRIENDZONE. Being caught in the friend zone. This the fear of being the person people like better than their boy friend who wants to become the boyfriend. This a fear a lot of nice men have which makes them approach relationship with so much caution they sometimes don’t even pursue a relationship. Tip #8 of Hip Hop Dating Codes and tip #6 of the Playa Hata list offer similar ways to deal with this fear. Number 6 of the hip Hop Dating Codes advises singles to Balance their Attractions. When couples have too much physical attraction to each other it can lead to a “just sex” relationship and possible baby drama but when couples have too much personal attraction to each other can lean to a sexless “friendzone” type relationship. Numbber 6 of the Playa Hata list is about having respect. Couples need to respect each other. When someone has respect for you they will not drag you along in a one sided sometimes misleading relationship.

12. ACCUSED of RAPE. Being accused of rape. This is the Mike Tyson fear. Named after him because many people believed that he wasn’t guilty and that if he could be convicted of rape anyone could be. Not that every guy is scared of being accused of being considered a rapist but they should be because many popular dating suggestions are really “rape your date” suggestions. Songs like Jamie Foxx “Blame it” which suggest sneaking an unwilling date enough alcohol to change their mind. Even this message builds on the belief that people can be seduced into having sex. My Hip Hop Dating Code tip #9 advises against seducing someone into sex. The is a difference between romancing and seduction but most people are not taught how to date or engage in physical intimacy. You don’t need a sex contract but understand the sex is best when both parties are ready and willing.

13. The BAIT and SWITCH. Being with someone and they change. Like putting on weight or changing their priorities. Some women try to improve or adjust the men they date to their own liking but that is a challenge they take on. When it happens the other way around it becomes a fear. Some people are scared that they will meet and start dating a nice person and then by something they can’t explain the person will change. Some men believe this happens after you marry a women and she isn’t afraid of losing you. This fear doesn’t make men not date but it keeps them from moving the relationship further. The Playa Hata list tip #8 is something that can be used to address this fear. Tip #8 asks people to communicate often and not keep feeling and concerns inside. Concerns not assumptions because concerns are based in actual behaviors. Not that you can stop somebody from changing their beliefs but by talking to them you may be able to get a better understanding as to why they are changing. This may be able to soften the pain of the change and alleviate the fear.