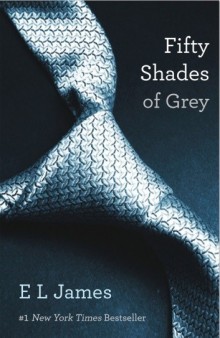 50 Shades of Grey Takeaways for MEN

Here are 10 things men can take away from the behavior of Mr. Christian Grey.

1. He communicated his intentions well. This is one of Christian’s main characteristics. He tells Ana things like “I am going to F you and now.” Yes I know it sounds crazy but some women do respond to being informed of your intentions. I do not suggest you try this the first time you have sex. Also don’t try to be this bold until after you a sure the person really likes you. Communication is the main cause of divorce and learning how communicate your desires is a very honest action. I always say we need to stop playing games with each other and learn to be more upfront and honest with each other. You never know if the person feels the same way until you share your feelings.

2. He always had a plan. Christian was a certified control freak but one good characteristic of him was he always had something to do. He took on the responsibility of making the plans. A lot of women find a man with plans for their dates to be very attractive. Having no plans or ideas activities is not attractive.

3. He knew how to please a woman in bed. According to Ana, Christian was Mr. Lover Man giving her orgasms with every sexual encounter they had even during the quickies. Now whether he was responsible for her having an orgasm or if it was her overwhelming lust for him he still knew how to create the environment for her to reach that sexual high point. The sad thing is most people men and women don’t know how to sexually satisfy their female partners. The female body is so special that many women don’t know how to satisfy themselves until they are in their 30s. Christian Grey was lucky that he was taught by an older woman when he was young on how to please a women. Even though this is hard to learn it is something every person who plans to have a relationship with a woman has to learn.

4. He was confident and sure of himself. Sure Christian Grey was a billionaire but confidence is not exclusive to rich people. Confidence is very attractive. Confidence can be achieved through knowledge or accomplishment. While every single person has to learn how to build up their self-confidence having too much confidence is conceit. Conceit is not attractive.

6. He let her know how attractive she was. I used to think telling a women I loved her was the kicker. It works but its not only thing that works. Christian Grey continuously told Ana how attractive she looked. Granted Anastasia had a low self-esteem however I think her insecurity speaks to an insecurity a lot of women have. I think telling a women you love them is good but that doesn’t mean you like them. When Christian told Anastasia she had a beautiful body he said it as a matter of fact. He didn’t say it sexually like saying she got a big butt or a sexy ass. His comment made her think she was beautiful and not just attractive to him. Telling someone you love them but acting like you don’t is a neutralizer. It’s one thing to look sexy and another thing to look beautiful. Learn how to tell the women you are dating both things.

7. He was interesting. Christian Grey is a multimillionaire who flies a helicopter and is into S&M. Does that sound interesting? You betcha. Having a lot of money or practicing a social abnorm are interesting characteristics that not everybody can have. Being interesting doesn’t require loads of money or doing something that only a few people do. To be interesting all it takes is passion and an understanding of how you relate to other people. Once you understand your particular variation you can explain it to people. Many people think you have to be different to be interesting. No true. We can’t all be different. We like movies that lots of other people like. We listen to music that lots of other people listen to. Being interesting is your particular view on the things you do. Your history, why you do what you do. How you learned how to do what you do. All of these angles are what make you an interesting person.

The last three things that Mr. Lover, lover Christian Grey also did that are counterproductive to a relationship. These things he was able to get away with because he had money and looked good. I also think because he slammed the first 7 things so well that these last three were not deal breakers. However for men who are not rich, good looking or are super men these will cost them a relationship.

8. He was too sex prioritized. There is a lot of sexual energy in the beginning of a relationship but Christian Grey only wanted to have sex with Anastasia. Even when they had dinner all he talked about was having sex. Sex is the number one distraction in relationships. It clouds and blocks other areas of couples connections to develop. Most women stop wanting to have sex all the time after the relationship continues. Having sex like rabbits may not last longer than a month or two but if you want to have a strong relationship with a woman you like then you will have to learn how to control your sex drive.

9. He was too controlling, jealous and dominating. Christian Grey was the poster child for the song “I own you” by Nas. I won’t get into the fact that he is trying to get Anastasia to become his S & M submissive. One of the first gifts Christian Grey bought Anastasia was a computer. He bought her the computer so he could keep tabs on her. He continued to send her emails and text messages so frequent that she could barely keep up. He would message her after she left his house for a two hour drive home five minutes after she left. He would also get mad at her when she didn’t answer his messages. He also wanted to control what she ate and what she wore. Granted he had no problems paying for them but he was still trying to control her. Some women want fatherish type boyfriend or an Archie Bunker type man however we’re in the age of Michelle Obama and Sarah Palin. Women today know what they want to eat and how they want to dress. The more a man is able to learn how to respect his girlfriend’s feelings and independence the more she will be attracted to him.

10. He was suffocatingly attentive, a board line stalker. Women do love a man who looks them in the eyes when he talks or a man who listens to them but a man who grills them about every decision is not cool. Christian Grey knew things about Anastasia that she didn’t tell him. He tracked her cell phone to follow her nightly activity. Following a women around is not only a turn off but it can make a guy look spooky and it will scare a smart woman away. Catering to a woman too much can cause even a nice considerate women to take a man for granted. I’m not saying don’t hold open a door but Christian Grey only wanted to do things for Anastasia and only wanted sex from her. I urge guys to have a life. Even though you think the girl you are dating is your personal Kim Kardashian ease back on playing the care taker role.

The book 50 Shades of Grey raised so many topics this is just one a few blogs I will be posting about this book.

Aging and Sexual Health Are Not Incompatible