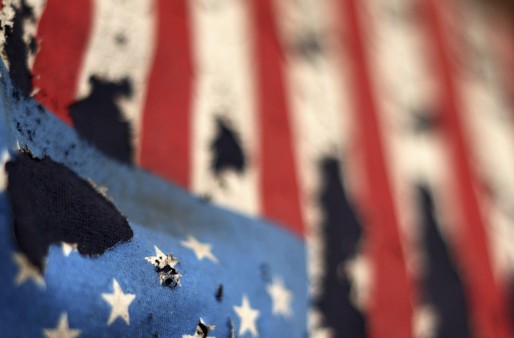 Is Donald Trump’s bid for the presidency doomed? I mean, he’s butchered two debates, and then there are the revelations about his take on women, not to mention the fact that members of the Grand Old Party took flight from him like they were escaping the plague. There’s no way he could become president, right? But then again, I wonder.

Remember 2000 and 2004, where we saw not one but two presidential elections stolen right before our eyes? It could happen again. But let me not be too eager to run behind old ghosts. We are here, right now, 2016, with Hillary on the flipside. Some might say that she the better choice for commander-in-chief since we must choose. Yet, there are others for whom this election has created more of a sense of moral panic than of leadership.

What I’ve found interesting has less to do with the individuals and more to do with their platforms and those who support them. While America has been infuriated by Trump’s purely sexist attitude toward women—as everyone should be—I was surprised by the lack of outrage from community leaders of color when Trump called for the return to Reaganomics.

Inasmuch as Republicans hold that the era of Reaganomics was the party’s golden age, let’s not forget that it was Reagan’s two terms that laid the foundation for the institutionalization of the War on Drugs, which paved the way for mass incarceration. This cry for “law and order” sounded loudly during Reagan’s presidency. That’s why a call for a return to Reaganomics, as explored in Michelle Alexander’s book The New Jim Crow, should be a frightening alarm for all people of color.

For a political party to support a social policy that thrived on introducing crack cocaine and militarized automatic assault weapons to a generation of people of color—in order to create a police-state, job-stimulus program—is a travesty that all Americans should be outraged about regardless of party affiliations. But there’s been no significant analysis of this issue—and not just connected with Trump but also racist U.S. policies—that’s been adequately voiced by communities of color.

I am also less concerned about Hillary’s emails than I am about the fact that the era of mass incarceration promises to have long-lasting effects on communities disproportionately under-represented in politics. Evidence-based reports have not only categorized the over-representation of Blacks and Hispanics in the prison system as a consequence of America’s racist agenda, but these reports also suggest that the harm will be ongoing as people of color continue to be disenfranchised.

There are inner-city neighborhoods throughout the United States where high levels of poverty and underemployment, failing schools and poor housing have remained unchanged for more than 50 years. People don’t want to continue to live under these conditions, but politicians concentrate their energies on maintaining the status quo in the areas where community residents vote.

This issue must be put before Hillary Clinton. After all, her political activism came to national prominence on the tail end of the Civil Rights Era. During that time, she advocated hard for voter registration in poor inner-city communities of color. The push for voter registration is an action that supports the idea that the power of people is reinforced through the strength of their vote. Therefore, community leaders must remind Clinton of her roots.

One consequence of mass incarceration is the disenfranchisement of communities of color and the drastic curtailing of the voting power and ability of their residents to generate political action. What’s more, attempts to undo the harmful impact of mass incarceration is much more complex than simply finding ways to release non-violent felons from prison and establishing re-entry programs.

As I said before, I’m less concerned about the promises of politicians than I am of the absence of the voices of community leaders. The moral panic of politics isn’t that politicians are unable to act. But when people are too depressed, spiritually unhopeful and unmotivated to demand that their elected representatives act in the best interests of their constituents, that’s when the status quo remains unchallenged.