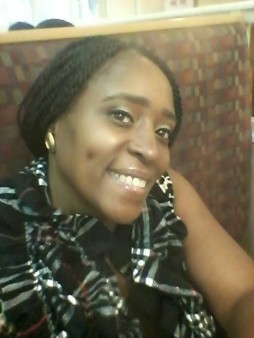 In 2001, out of nowhere lots of sores appeared on my left thigh. That happened several times. I went to doctors, but they didn’t know what it was. But I knew something was wrong because these sores just kept coming.

Then, I started a job as a cook at a local family services agency. My health got worse, so I went back to the doctor. That’s when I tested positive for lupus. That was the last thing I expected it to be.

I had a cousin who died of lupus; she was 26. And one of my aunts had it, but she had very little difficulties from the lupus. Other illnesses kicked in, and she had problems with her organs and then cancer.

At that point, my biggest worry was how I’d be able to afford treatment, because I had no health insurance. When I got lupus flare-ups, I’d go to the emergency room. I signed up for Medicaid, but sometimes my coverage would lapse. The doctors in the ER would give me medication to hold me for several days until I could get to a doctor. But in most cases, you don’t get to see a doctor without insurance. I would get sick and go back to the medication until I could get back on Medicaid.

It’s very hard to get into an insurance program. It doesn’t matter whether your illness is chronic or minor; everybody has criteria that you don’t meet. The system doesn’t seem to help people who really have a chronic illness and need medication and hospital visits often.

Another huge problem for me is finding and holding on to safe, secure housing and a job. When I got a job at a major food store, I was happy and thought things were finally getting better for me. But the lupus flared up while I was working there, and I had to take days off from my job. On every occasion I was sick, I turned in doctor’s notes as the company required. But the last time I got ill and had to take a sick day, two days after I gave them my doctor’s note, I was fired.

Jobs don’t work out all that well for me because once employers find out you have a chronic illness and you start getting sick a lot, they’ll let you go.

There’s also a lot that I can’t do because I have lupus. I went to school for cooking, and the disease has slowly pulled me away from what I studied. I love to cook, but now, because of the lupus, pots are getting too heavy to hold, and it’s getting hard to remember certain recipes. Also, lupus slowed me down a lot with the swelling, pain and depression it triggers. I’m also very aggravated from being bounced around from doctor to doctor and being unable to get the correct medications. I’ve also been homeless and seem to always be trying to find a place to live and work. But I still have hope.

Some good things have happened. I got some information from friends about a lupus study, and I did some research online about the disease and the study. I was a little leery about the study because I didn’t know what the doctors would be giving me. But I took a chance and enrolled in the study in an effort to get help.

I’ve changed my diet, and that’s helped a lot to help me manage my symptoms. I think eating healthier—lots of salad and much less sweets—and walking for exercise when I can has helped. As days go on, I learn new ways to try to manage my condition.

What would be nice too is if people became more aware and showed more compassion toward people who have lupus. When you’re in the workforce and have a chronic illness, it would be good if employers talked with you to find out more about your illness and were willing to work with you so you could hold on to your job.

In addition, I’d like to see more research dollars pumped into trying to find the right medications to help those living with lupus. Studies for lupus treatment, or for ways to eliminate the disease, seem few and far between. Sometimes, I feel the world has forgotten people with this disease.