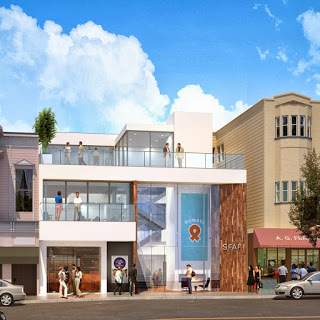 The San Francisco AIDS Foundation (SFAF) is in the hot seat after a Yale graduate’s senior essay critical of the group was given anonymously to the Bay Area Reporter. Daniel Dangaran wrote the 59-page analysis after he interviewed 32 staffers and most of the group’s leadership team.

The essay, according to the newspaper, is critical of the nonprofit spending millions on its new health center in the Castro (which has yet to open) while harm reduction efforts and minority groups such as African Americans and transgender women get little support.

“Gay men get nice, clean, pretty facilities,” said one person in the essay. “Folks who use drugs, who may be brown, may live on the streets, may be dirty, like, good fucking luck if they’re gonna get thought about in however the agency moves forward.”

Dangaran writes that the nonprofit leadership “does not share the understanding and sympathy for their diverse clientele that many staff members of the programs and services department so evidently hold in their hearts.”

With an annual budget of $24 million, SFAF is the country’s largest AIDS-based nonprofit, according to the Bay Area Reporter.

SFAF’s CEO Neil Giuliano told the paper that the essay had flaws but that he supported giving access to students to help with their academic work.

“Any time you’re working with a diverse group of people in an often tough service delivery kind of work, you’re going to fall short of meeting people’s expectations from time to time,” Giuliano said in the newspaper. “We understand that, and we always strive to do a better job.”