The day before his high school graduation, queer South Florida youth Caleb—who loves his camera, his weed and his grandmother—finds out he’s been exposed to HIV. As he waits 90 days for the definitive results of his HIV test, Caleb finds love in the most unlikely of places.

That’s the hook for the upcoming movie Three Months (you can watch the trailer above and on YouTube). The film stars pop crooner Troye Sivan alongside Oscar winners Ellen Burstyn and Louis Gossett Jr. as well as Broadway star Javier Muñoz of Hamilton and In the Heights fame, who in real life is HIV positive.

“Accidental lover, what’d you do with all my common sense?” Sivan questions in one of the soundtrack’s offerings before adding: “I’m tired of living like I’m dying / Now I can find the silver lining.” 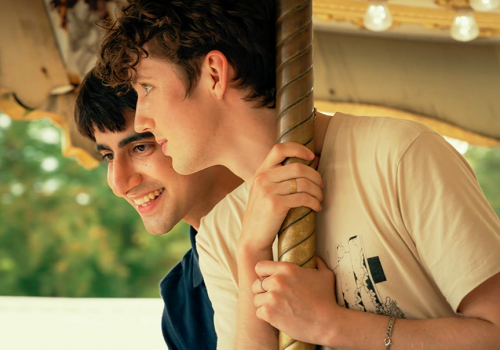 In the 2018 film Boy Erased, Sivan, who came out as gay in 2013, played a young man at a gay conversion therapy camp. In 2016, Muñoz shared his HIV journey with POZ in the cover story “In the Spotlight.”

Not having seen the film—yet!—we can’t say whether the plot follows the latest science about HIV transmission or how it presents life with HIV. But in an article in Entertainment Weekly, Frieder offered promising statements: “At its core, it’s a film about dismantling the shame around HIV and showing that it’s no longer a death sentence in our modern world with access to health care. It’s about a kid coming of age and realizing that the very things that make him different also make him indispensable and worthy of love. And perhaps most of all, it’s about what it’s like to wait.” 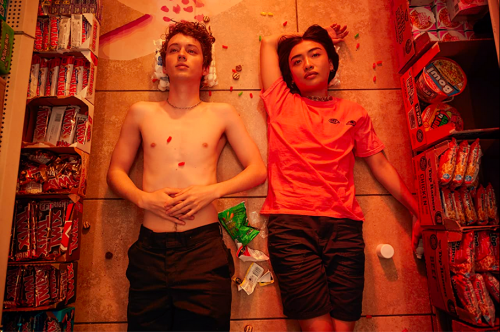 With the advent of rapid HIV tests, you might wonder whether in 2022, a person must wait three months for a test result. The answer is: It depends on the HIV test. As the POZ Basics on HIV Testing explains:

When it comes to HIV testing, the old cliché “knowledge is power” still holds true. Knowing your HIV status, whether negative or positive, puts you in the best position to protect your health and the health of your sexual partners. While there is no cure for HIV or AIDS, effective medications allow HIV-positive people to live a normal, healthy life. Being aware of your HIV status makes it less likely that you will pass the virus to others, both because you and your partners can take precautions and because effective treatment prevents transmission.…

What are the types of HIV tests?
There are several different tests that can be used to determine if you have HIV: antibody tests, antigen/antibody tests and nucleic acid tests. None of these tests are able to detect HIV right away. The time between HIV exposure and when the test can detect the virus is referred to as the window period.

Many testing sites now use rapid oral or finger-prick tests. The oral test involves swabbing the upper and lower gums inside the mouth. The sample is then placed into a developer vial, with results available within 20 to 40 minutes. Home HIV self-testing kits are also available.

If an initial rapid test or self-test result is positive, it is important to see a health care provider for a follow-up laboratory test. If the initial HIV test was done through a lab, follow-up testing can usually be done using the same blood sample. HIV tests are generally accurate, but follow-up testing can confirm the diagnosis. If you get an HIV test after a potential exposure and the result is negative, get tested again after the window period end.

Although youth experienced an overall decrease in new #HIV diagnoses from 2012 to 2019, they still represented over 20% of all new 2019 HIV diagnoses. Read more this #NYHAAD: https://t.co/eFdz4K01ra pic.twitter.com/bC4mf9p2oG

Visit the Basics on HIV/AIDS for more details about testing, which also includes the sections HIV Transmission and Risk, Starting HIV Treatment and Newly Diagnosed.

Did you know youth ages 13 to 24 accounted for over 20% of new HIV cases in 2019? To learn more about HIV in this population, click the hashtag #Youth. You’ll find headlines such as: