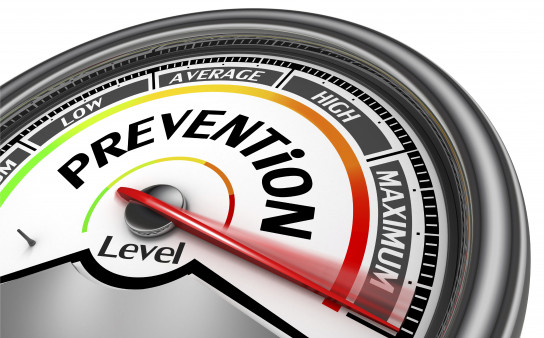 How Well Do U=U and PrEP Work? The CDC Updates Its Answers

U=U is 100% effective, and PrEP reduces the risk of getting HIV by 99% in men who have sex with men, according to new federal data.

The federal agency tasked with protecting and promoting our country’s health wants you to know that U=U is 100% effective at preventing HIV transmission and that PrEP reduces the risk of acquiring the virus by 99% in men who have sex with men (MSM).

That’s according to updated data from the Centers for Disease Control and Prevention (CDC) on its website. Specifically, the numbers are found on a page titled “Effectiveness of Prevention Strategies to Reduce the Risk of Acquiring or Transmitting HIV,” which was updated July 18. The page also includes risk data on male condoms and male circumcision.

U=U, or undetectable equals untransmittable, refers to the fact that people living with HIV who take meds and maintain an undetectable viral load cannot transmit the virus sexually.

Prevention Access Campaign (PAC) launched U=U as a marketing campaign and movement in July 2016 in order to fight stigma, encourage engagement in care and get the word out about data that prove U=U. Three years ago, such data were relatively new and not well publicized or accepted as true.

How does the PAC team view the CDC update? “We’re very happy with ‘100% effective,’” Murray Penner, PAC’s executive director of North America, told POZ. “People around the world look to the CDC for accurate assessments about HIV transmission risk. It’s important that the CDC’s messaging be clear, easy to understand and accurate. You can’t get better than 100% effective.”

PrEP, meanwhile, refers to pre-exposure prophylaxis, a way for HIV-negative people to lower their risk of acquiring the virus. To date, only one form of med has been approved as PrEP: the daily tablet Truvada. Other forms of PrEP are on the horizon.

The following passage from the CDC site regarding U=U applies to both heterosexual men and women and to MSM:

Regarding PrEP and MSM, the CDC writes:

When taking PrEP daily or consistently (at least 4 times per week), the risk of acquiring HIV is reduced by about 99% among MSM. While daily use is recommended in the U.S., taking PrEP consistently (at least 4 times per week) appears to provide similar levels of protection among MSM.  The effectiveness of oral PrEP is highly dependent on PrEP adherence. When taking oral PrEP daily or consistently, HIV acquisition is extremely rare and has not been observed in any of the studies described below. In clinical practice, a few cases of new HIV infections have been confirmed while HIV-negative individuals were on PrEP with verified adherence.

Regarding PrEP and heterosexual men and women, the CDC writes:

Regarding PrEP and people who inject drugs (PWID), the CDC writes:

To learn what other steps Penner would like the CDC to take, read “What a U=U Leader Thinks About the CDC’s Updated Data on HIV Risk.” And to learn about a new form of PrEP being researched, check out “Long-Lasting Islatravir PrEP Implant Could Protect Against HIV for a Year.”