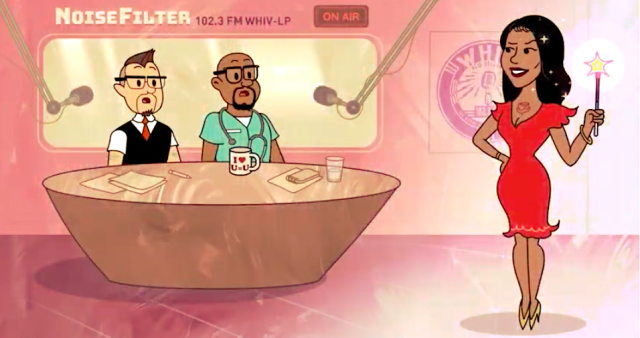 How Do U=U and PrEP Stop HIV? Watch These Animations to Find Out!

Learning about HIV prevention has been made undeniably fierce and fun thanks to three animated videos by NoiseFilter, a health education platform based in Louisiana that breaks down complex medical topics into easy-to-understand tidbits of information.

The videos explore the prevention of HIV transmission via PrEP and PEP (pre- and post-exposure prophylaxis, regimens of daily tablets) as well as via viral suppression—specifically, the fact that a person living with HIV who takes meds and maintains an undetectable viral load does not transmit the virus sexually, referred to as Undetectable Equals Untransmittable, or U=U.

For their latest series of videos, the doctors are joined by transgender activist Milan Nicole Sherry. The clever trio breaks down the science behind three concepts vital to HIV prevention. You can watch the videos on NoiseFilterShow.com as well as on the group’s YouTube channel. The videos are also embedded below, along with a description for each from a NoiseFilter press release:

In the first animation, above, Undetectable, Untransmittable and Undeniably Fierce! the pair [Dr. Déry and Doc Griggs] journey inside the body of trans activist and educator Milan Nicole Sherry explaining that people living with HIV and taking their medications can have the same quality and quantity of life as individuals living without HIV, termed U=U.

In Get in Step with PrEP, the second animation, Milan joins Dr. Déry and Doc Griggs inside Dr. Déry’s body explaining how PrEP, or pre-exposure prophylaxis, prevents HIV transmission. The key takeaway is that people living without HIV can take PrEP as a defense against autoimmune disease.

The third animation, above, Little Miss Muffuletta uses the Little Miss Muffet nursery rhyme to explain nPEP or nonoccupational post-exposure prophylaxis. In this animation an HIV exposure has occurred but nPEP prevents HIV from replicating.

The videos have debuted in advance of World AIDS Day, December 1, and Access Health seeks other organizations, advocates and celebrities to incorporate the videos into their World AIDS Day events and messaging.

“Our goal is to change the stigma that remains around HIV,” said Dr. Déry in the press release. “The colorful and compelling videos use creative exploration into the human body to explain HIV medications and how they protect individuals from transmission.”

Scientists estimate PrEP to be about 99% effective among men who have sex with men and 88% to 90% among heterosexual men and women (though researchers believe the latter number is likely higher). For more details, see “How Well Do U=U and PrEP Work? The CDC Updates Its Answers.”

In the United States, PrEP is available as the daily tablets Truvada and Descovy; both are manufactured by Gilead Sciences and consist of two meds. A generic version of Truvada is also available. To learn more, see “Cheaper Generic PrEP Now Available in the United States,” “What’s the Difference Between Truvada and Descovy for PrEP?” and “Prevention: Generic Truvada.” For more general information, see the POZ Basics on HIV Prevention. 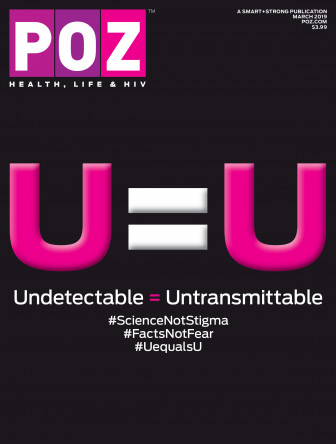 To learn more about U=U, check out the POZ cover story “Understanding Undetectable Equals Untransmittable,” along with its companion feature, “Viral Load Does Not Equal Value.” Click the hashtag #Undetectable for a collection of related articles, including “U=U Is Important for HIV Health, but U.S. Providers Less Consistent in Sharing Message.” And be sure to check out the POZ Blogs posts by Undetectable = Untransmittable, a global community sharing the truth about U=U.