The U.S. Has Likely Wasted $1.4 Billion Pushing Abstinence in Africa

A massive study has found no evidence that U.S. efforts to promote sexual abstinence and marriage fidelity abroad have had any impact on individuals’ sexual behavior. Publishing their findings in Health Affairs, researchers reviewed records from the Demographic and Health Surveys about nearly 500,000 men and women younger than 30. These individuals lived either in 14 countries in sub-Saharan Africa that received funds for abstinence and fidelity programs from the U.S. President’s Emergency Fund for AIDS Relief (PEPFAR) or in eight nations in the region that did not receive PEPFAR funds. The investigators examined data from 1998 through 2013.

PEPFAR, a signature international aid program of the George W. Bush administration, began in 2004. At the time, one third of prevention funds were required to go toward abstinence and “be faithful” endeavors. After Barack Obama assumed the presidency, the one-third requirement was eliminated. However, significant, albeit declining, funding has continued to back these programs in recent years. In 2008, the last year of Bush’s presidency, $260 million in funds supported the initiatives; that figure declined to $45 million in 2013.

The abstinence and be faithful programs encourage individuals to put off their first sexual experience and to limit their number of sexual partners.

Despite spending $1.4 billion on these programs, the U.S. government does not conduct any routine evaluations of their effectiveness. This new study is the first to analyze the initiatives’ real-world impact.

“We believe funding should be considered for programs that have a stronger evidence basis,” Nathan Lo, an MD/PhD student at Stanford University Medical School and the lead author of the study, said in a press release.

“Spending money and having no effect is a pretty costly thing, because the money could be used elsewhere to save lives,” Eran Bendavid, MD, an assistant professor of medicine at Stanford, said in the same release.

The researchers found that, among the 345,000 women and the 132,000 men included in the study, there was no difference in the number of reported sexual partners among those living in countries receiving PEPFAR funding compared with those living in non-PEPFAR-sponsored nations.

Looking at the records of about 178,000 women, the researchers found that those in PEPFAR-sponsored nations began intercourse four months later on average than those in non-PEPFAR-sponsored countries. However, this small difference was not statistically significant, meaning it could have occurred by chance. There was no difference in the age of first intercourse among the more than 71,000 men whose records were examined.

PEPFAR was also not linked to pregnancy rates among 27,000 women in countries receiving or not receiving funds from the program.

Education level, on the other hand, was associated with sexual behavior, especially among women. Females who had at least a primary school education had considerably lower rates of high-risk sexual behavior compared with those without a formal education. Another study, published in 2015, reached the same conclusion. 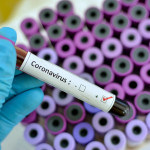 To Fight AIDS, These Celebs Will Record a Personalized Video for You! 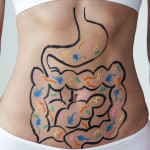