Storage and transit conditions for medications shipped by mail can affect their safety and effectiveness.

Mail-order medications spend a significant amount of time outside the recommended safe temperature range for most medications. This lack of climate control can alter a drug’s chemical and physical makeup and reduce its efficacy, according to new findings presented at the American Society for Health-System Pharmacists (ASHP) Midyear Clinical Meeting and Exhibition.

As part of a study, researchers mailed 48 unrefrigerated packages containing a temperature data logger to six U.S. cities via the United States Postal Service. The packages were shipped four times to each location during the winter and four more times to each location during the summer. (One shipment was excluded from the study because it was lost due to COVID-19–related delays.)

Medications improperly stored during shipping can become chemically or physically altered by the time a patient receives them. “Patients should be warned of these risks and have the option to fill their prescriptions at a local pharmacy, where temperature storage logs are meticulously tracked to ensure the integrity of the dispensed medications, at the exact same cost,” said Karlee Paloukos, a pharmacy student at the University of Utah and one of the study’s researchers.

Paloukos stressed that increased regulation of mail-order pharmacies could ensure that appropriate storage conditions for prescription drugs are maintained throughout transit.

This consideration is especially important for medications affected by temperature changes, noted Mary Ann Kliethermes, PharmD, ASHP director of medication safety and quality, who was not involved in the study. In addition, Kliethermes raised concerns about lost packages.

For related coverage, read “How can I stock up on an extra supply of my medications?” and “Tips for Stocking an Emergency Supply of Your Meds.” 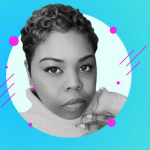 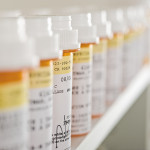 I’ve heard that medications shouldn’t be stored in the bathroom. Why?