Tweeting and Checking Emails More Irresistible Than Smoking and Drinking

The pull of an unread text message, the allure of breaking news headlines and the enticement of a friend’s Facebook post may win out over cravings for cigarettes and alcohol, even sex and sleep, according to a study scheduled for publication in the Journal of Psychological Science and reported by The Guardian.

For the study, a research team led by Wilhem Hofmann, MA, PhD, an assistant professor at Chicago University Booth Business School, gave BlackBerrys to 205 people between the ages of 18 and 85 in Wurtzburg, Germany, and monitored them for seven consecutive days.

Researchers asked individuals to send them text messages seven times each day to describe the strength and type of urges they had experienced in the previous half hour, whether it conflicted with other desires and whether they resisted or caved in to their cravings.

Findings showed while study participants were able to resist the urge for cigarettes, alcohol, sex, sleep, sports inclinations and spending, they were most likely to give in and participate in social media. Scientists also noted participants’ willpower weakened as the day wore on.

“Desire for media can be comparatively harder to resist because of their high availability and also because it feels like it does not ‘cost much’ to engage in these activities, even though one wants to resist,” Hofmann said.

While the study arrived at no conclusions about how addiction to social media affects a person’s health, some experts said that the need to remain plugged in can be dangerous because retreating into a technological dream world may mean receding from the real world.

But some are harnessing the addictive power of social media to do good. Click here to learn how organizations are reaching out to inform teens about safe sex. 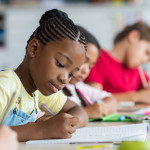 Writing Is Still the Best Tool for Teaching Literacy