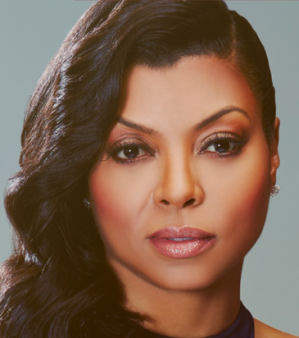 Taraji Henson launched a campaign to break the cycle of silence about mental health issues in the African-American community. Courtesy of the Boris Lawrence Henson Foundation

The actress-director wants to fuel more conversations about mental health among African Americans.

Growing up, Taraji P. Henson watched her parents work hard and hustle to make ends meet. Her mom, Bernice, tagged merchandise in the basement of Woodward & Lothrop, a department store in Washington, DC, that was eventually acquired by Macy’s. Henson recalls that her mother later supervised employees from an office of her own. “I watched her go from having only one pair of dress shoes to moving on up,” she says. Her dad, Boris, was a metal fabricator, and Henson would accompany him on his jobs. “When you’re around that [kind of drive and determination], how does it not transfer to you?” she says. “I got it from my parents.”

Henson has appeared in either a movie or a TV show each year since 1997. “I work a lot because I have to,” Henson says. “Black actresses like me, Viola [Davis], Octavia [Spencer] and Regina [King] must keep grinding because we’re not making the money.”

Henson frequently discusses salary and power inequities for artists of color in Hollywood. During the last season of Empire, the hit TV series she starred in for six seasons, Henson directed her first episode of the show. More work behind the scenes directing and producing films that tell Black stories is a priority for her.

But the pressures of being a Black actress in Hollywood are real. Henson must work within the industry’s limitations as she strives to keep her creative dreams alive.

The actress doesn’t mention John Henyrism. But the term has come to describe the devastating health effects racial inequality can have on African Americans trying to succeed in a social system designed to ensure their failure.

The Black American folk legend John Henry was a railroad worker who, in a display of prowess, pitted himself against a steam-powered drill in a contest. Henry beat the machine at hammering metal rods into rock. But he collapsed and died after winning.

The mythical man became real when in the 1970s, the epidemiologist Sherman James—now a researcher at Duke University—crossed paths with an impoverished Black farmer named John Henry Martin. This John Henry left school after second grade and taught himself how to read and write. He toiled tirelessly to pay the debt on his farm in just five years. The effort cost him his health, however. He suffered from hypertension, arthritis and peptic ulcer disease, which required the removal of 40% of his stomach.

James, who studied large population groups, coined the term “John Henryism” to describe his theory about how the high-effort coping skills that must be employed by individuals facing prolonged adversity caused by inequality, financial hardship and racism affect their health.

As an African-American mother who lives in a society that targets Black males for violence, Henson understands the premise. It’s a reality that has fueled the depression and anxiety that has stalked her since the murder of her son’s father in 2003, when her son was 9. The murder of Trayvon Martin—a young Black man and someone else’s son—in 2012 crushed her, exacerbating these feelings.

Her anxiety and sense of powerlessness grew further as she watched her son realize that life would be different for him because of his race. Later, perimenopausal symptoms also contributed to Henson’s mental health issues.

“I just started feeling like I was suffocating,” she says. “All of a sudden, out of nowhere, these moods would come where I just felt dark, just low, and I really couldn’t put my finger on it. This is something we need to start addressing.

“Here’s the deal,” she adds. “There’s nothing wrong with being young and trying to stay looking beautiful and feeling the best you can—that’s fine and great—but no one is addressing what’s going on inside. If I’m going to address mental health in the bold way that I have by starting my own foundation and then coming forth with my own trials and tribulations, how can I do that and not talk about menopause?”

In 2018, Henson teamed with longtime friend Tracie Jade Jenkins to launch the Boris Lawrence Henson Foundation. She named the organization in honor of her father, a Vietnam veteran who returned home from the war with posttraumatic stress disorder. The nonprofit’s mission is to destigmatize mental illness in the African-American community and encourage people to seek treatment.

Two years ago, Henson experienced extreme mood swings. “One day I’d be up, and the next, I’d feel like I didn’t want to go out in public,” she says. Her brain raced, and her anxiety heightened as horrific scenarios crowded her mind. Friends told her to meditate and do yoga, and she did. “But my brain would still race,” she says.

Henson talked with friends about how she was feeling and thought about her dad’s mental health issues years earlier. “He was really open about it,” she says. “But no one else really talked about it; it was hush-hush, or they’d say, ‘He’s crazy,’ things like that.”

Although African Americans make up about 13% of the U.S. population, only between 1% to 4% of mental health professionals are people of color. Henson doesn’t think the problem concerns skin color or race. “What my dad needed was a culturally competent therapist,” she says.

Statistics reveal a huge gap in supply and demand for these mental health professionals. Many reasons are to blame for this great divide, suggest experts, including court decisions that have helped erode special recruitment strategies to attract African-American students to the field and the high cost of educating these fledgling doctors. What’s more, mentorship by Black doctors, diversity among physicians in clinical and research settings, and suitable counseling resources for undergraduate students who need this critical supplemental support are all lacking.

Additionally, mental health in Black communities is tainted by stigma. “We’re just not allowed to be vulnerable,” Henson says. “We have to be strong all the time!”

But after years of being told she needed to be a strong Black woman—on top of the almost 400-year-old history of Black people’s servitude in the United States—Henson vehemently questions the value of this advice. “We hurt, and we’re suffering,” she stresses. “Since we were brought to this country, we have not dealt with that, and then you get to these microaggressions that are happening right in front of our faces every day on television—women’s sons are being taken from them for no reason at all—and through all of that we still have to be strong? How dare you put that on me?!”

The strong Black woman—and man—is a stereotype Henson has long rejected because it denies that African-American people are human beings. This particular fallacy may, arguably, be the most damaging result of John Henryism yet and one reason she felt called to take action. 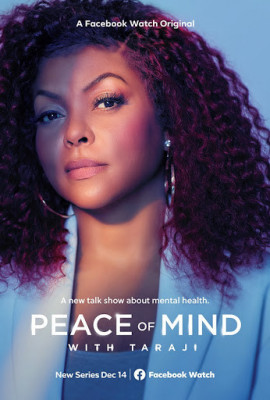 For Henson, the series is the start of a movement to “break the cycle of keeping our mouths closed,” she says. Her foundation targets numerous goals to support the mental health of all generations in the Black community. Henson wants to get counselors in schools so kids have medical professionals they can speak to about traumatic experiences they may be dealing with at home or elsewhere.

“I’m speaking up now because we are facing a national crisis,” she says. “I want people to know that it is OK to seek help for mental health.”