Take This Article With You When You Request HIV PrEP

Starting today, the CDC recommends that clinicians prescribe pre-exposure prophylaxis to anyone who asks for it.

The new final guidelines, Preexposure Prophylaxis for the Prevention of HIV Infection in the United States—2021 Update, are very similar to the draft guidelines released for comment in May.

Perhaps most significantly, the guidelines instruct providers to prescribe PrEP when a person asks for it, whether they disclose their risks or not.

“Patients may request PrEP because of concern about acquiring HIV but not feel comfortable reporting sexual or injection behaviors to avoid anticipated stigmatizing responses in health care settings,” the guidelines state. “For this reason, after attempts to assess patient sexual and injection behaviors, patients who request PrEP should be offered it, even when no specific risk behaviors are elicited.”

This goes for people vulnerable to HIV through sex or sharing injection drug equipment. And the CDC made it simple, creating two flow charts to guide clinicians: 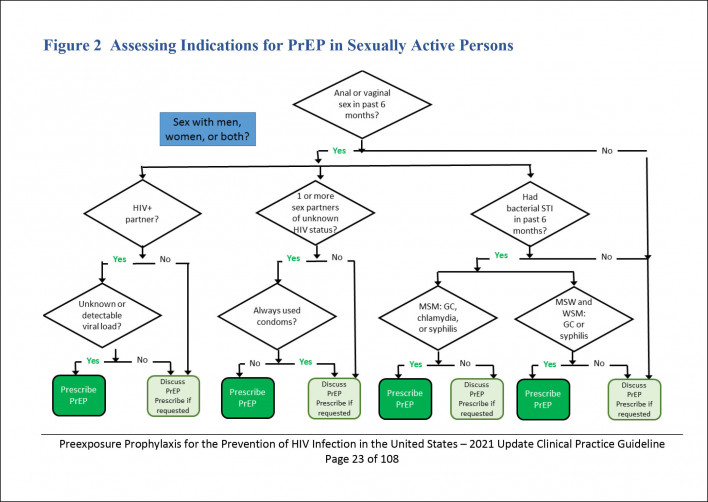 PrEP prescribing flow chart for people at risk via sexCDC 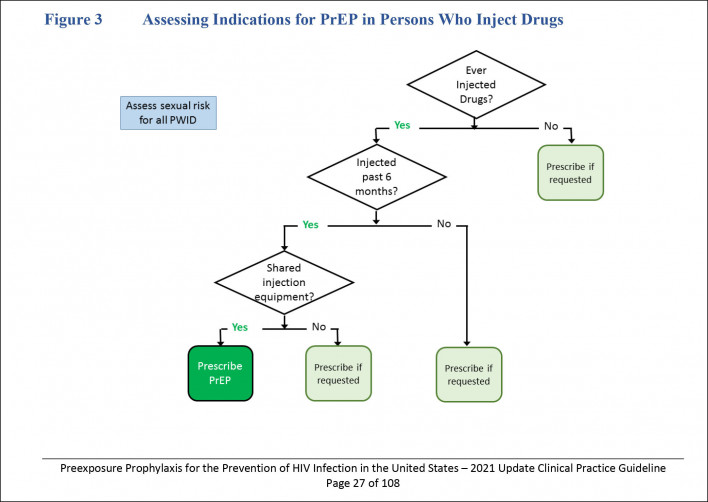 The previous PrEP guidelines, released in 2017, didn’t include Descovy, as it hadn’t yet been approved for gay and bisexual men or transgender women. Trials are now underway to evaluate how well it works for people exposed to HIV via vaginal sex. The addition of telehealth guidelines follows the widespread adoption of remote care during the COVID-19 pandemic.

Editor’s note: This article was updated to reflect Apretude’s approval.