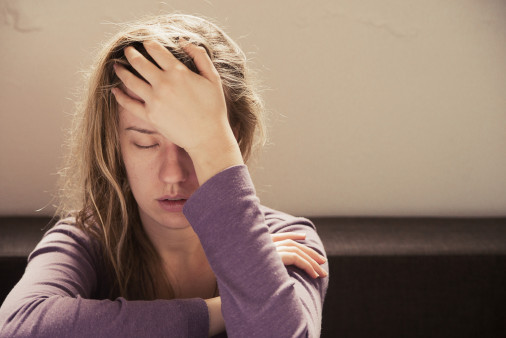 Pain is a common sensation people feel. But one woman has never felt pain in her life, even during childbirth. Scientists believe that Jo Cameron has a rare genetic mutation that prevents her from feeling pain or anxiety, according to findings published in The British Journal of Anaesthesia, reports The New York Times.

So how did scientists begin investigating Cameron’s genes? Well, Cameron, age 71, of Scotland underwent a hand operation five years ago. When she reported that she wasn’t experiencing any pain and requested no painkillers, her doctor was confused and intrigued.

That’s when Devjit Srivastava, a consultant in anesthesia and pain medicine at a National Health Service hospital in northern Scotland, and one of the study’s authors, questioned her and learned that she had a virtually pain-free history.

At age 65, Cameron needed a hip replacement, but hadn’t noticed until severe deterioration of this body part occurred. She also never experienced any hurt from cuts, burns and fractures. (Researchers learned that for her to realize something was amiss, it often took the smell of burning flesh or her husband identifying blood.)

Srivastava referred Cameron to the University College London’s Molecular Nociception Group, where scientists who focus on genetic approaches to understand the biology of pain and touch had identified dozens of others who processed pain in different ways.

Once the team examined her genetic profile, they noticed that it did not resemble that of individuals they’d previously discovered who lived pain-free. Researchers pinpointed a gene known as FAAH-OUT in Cameron that everyone carries. But hers showed a deletion that removed the front of it.

In addition, scientists think that this gene is responsible for Cameron’s low anxiety level. She scored zero out of 21 on an anxiety disorder questionnaire, and Cameron also noted that she’s never felt depressed or scared.

The former primary-school teacher believes she may have inherited the gene from her father, but scientists can’t be sure since he died before the discovery. Cameron’s mother and daughter do not share the gene, but her son expresses the same microdeletion in FAAH-OUT, meaning he shares some of her insensibility to pain.

“Whether it will be Ms. Cameron’s mutation or another individual’s mutation that directs the future of painkillers, it’s too early to say,” said Stephen G. Waxman, a neurologist at Yale who was not involved in the study. “But I’m reasonably confident that the lessons we are learning from the genes involved in pain will lead to the development of an entirely new class of pain medications.”

Realistically, however, such a development could take many years and millions of dollars.