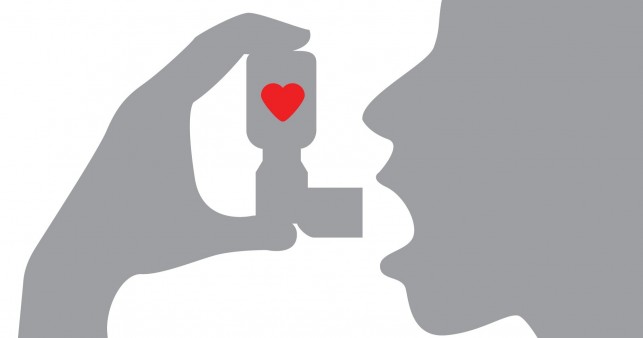 Researchers Find a Possible Link Between Asthma and Type 1 Diabetes

Asthma and type 1 diabetes are chronic diseases. Now, new findings presented at the European Academy of Allergy and Clinical Immunology (EAACI) Congress 2017 suggest that having one of the conditions might increase or decrease the risk that individuals will develop the other illness, reports Medscape.

For the study, researchers at the National Institute for Health and Welfare in Finland reviewed data from the country’s health and population registries. The records included information about children born between 1981 and 2008 who were diagnosed with asthma or type 1 diabetes by age 16 or by 2010. Overall, a total of 80,871 children suffered from asthma, 8,939 were diagnosed with type 1 diabetes and 602 had both illnesses.

Next, scientists divided the kids into groups based on their birth year (ages 0 to 3, 4 to 7, 8 to 11 and 12 to 16) to check their rates of transition between four states: no asthma and the development of type 1 diabetes; having only asthma; having only type 1 diabetes; and having asthma and type 1 diabetes. Researchers also considered timing, patient risk, possible modifying factors, sequential order of the conditions and disease process progression. (Study limitations included scientists’ inability to pinpoint the initial start of each disease and to individually confirm all the diagnoses and the lack of sufficient data for examining potential confounders, such as diet or disease-related infections.)

Findings showed that a prior diagnosis of asthma increased individuals’ risk for type 1 diabetes by 41 percent, while a previous assessment of having type 1 diabetes decreased participants’ risk of asthma by 18 percent. “The association between asthma and type 1 diabetes is more complex than we previously thought,” said Johanna Metsälä, PhD, an epidemiologist at the institute and the study’s lead author. “This association was seen at all ages. This was a fairly novel observation.”

Metsälä also noted that the relationship between the two conditions could be the result of bias, confounders not accounted for or the effects of medication. She suggested that more research into the biological mechanisms that connect the two diseases might contribute to understanding what ultimately causes each illness.

Click here to learn about five common diabetes myths, and click here to read about how asthma may raise the risk of obesity in children.