A Reason to Smile

A dentist was the first person to tell Randy Jackson to get a blood sugar test.

Although the incident occurred years ago, former American Idol judge Randy Jackson, now age 63, clearly remembers how it felt to be fatigued, thirsty, sweaty and dizzy for five days straight. His doctor had ordered him to go to the ER so he could meet him there. Results from a battery of tests—including one that checked his glucose level—confirmed that Jackson, then 45 years old, had type 2 diabetes.

“I was carrying about 350 pounds on my 5-foot-11 frame,” he says, a recollection he shares in his 2008 book, Body with Soul: Slash Sugar, Cut Cholesterol, and Get a Jump on Your Best Health Ever, which details his diagnosis with the blood sugar disorder.

But there had been prior warning signs. Jackson had visited his dentist about a month earlier for a routine checkup. “He was looking at my gums and stuff and said, ‘I don’t like what I’m seeing here. When is the last time you went to the doctor?’” Jackson recalls.

Jackson says the dentist told him he might have high blood sugar and urged him to get checked out. “But I still didn’t go right away,” he admits. “It took me three or four weeks to go to the doctor.” 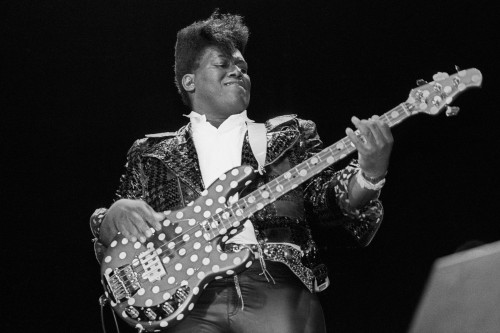 Many people are unaware of how diabetes may affect oral health. Studies have found that people with diabetes are more prone to developing gum disease as well as other oral health problems, including bleeding, gingivitis (inflammation caused by bacteria accumulating on the teeth) and periodontitis. This severe gum infection can destroy the bone that supports the teeth, leading to loosened and lost teeth. It’s believed that the link between diabetes and these conditions stems from the fact that individuals with diabetes are more likely to develop bacterial infections.

Uncontrolled diabetes may trigger these oral health issues because the disease weakens the body’s immune system, making it less able to fight bacterial gum infections. According to the American Diabetes Association, gum disease may be a factor in causing blood glucose to rise and may make diabetes harder to control.

Jackson admits that when he received the diagnosis, he didn’t know about any of these associations. Now, Jackson is an advocate. He joined a campaign launched by the makers of Colgate Total toothpaste to help spread awareness about the overlap between diabetes and oral health. “I don’t think people know about this at all. I don’t think they really understand the connection,” he says. “People with diabetes are two times more likely to develop gum disease. I don’t think people really realize that, and the first notice they get can come in their dentist’s office, like it happened for me. I had a cavity that turned out to be more of a gum disease issue, and my dentist asked when I’d last been to my doctor.”

Besides facing more frequent and severe complications from gum disease, individuals whose diabetes isn’t well managed experience a variety of oral problems, including poor healing of tissues in the mouth after surgery or other dental procedures. They are also more likely to develop thrush, a fungal infection of the mouth and tongue, which may cause a burning sensation in those areas.

After his unexpected visit to the ER, Jackson, who grew up in Louisiana, completely modified his lifestyle and eating habits. “I don’t eat like I live in the South anymore,” says the media personality known for his good nature and direct manner of speaking. “Then I went to a behavioral psychologist who helped me change my outlook and the way I thought about things.”

Jackson says he didn’t like to exercise and hated gyms. “I played sports all my life and did it for so long because I had to do it,” he says. “When I was freed from that after college, I felt like, OK, time to stop running eight miles a day and doing all that.”

But diabetes scared Jackson, who has a family history of the illness—both his parents suffered from the condition. “You think it’s never going to happen to you,” he says.

After it did, Jackson changed his diet and became much more physically active. “It’s all a balancing act with diabetes when you exercise and work out,” he continues. “You have to find a regimen that’s right for you because your blood sugar can drop very low, so you have to be careful.”

In 2002, almost one year after his diagnosis, the Grammy-winning producer joined Paula Abdul and Simon Cowell as a judge on American Idol, which became a ratings booster for Fox. The TV show made Jackson famous.

In 2003, he underwent gastric bypass surgery and dropped almost 100 pounds, which helped him to manage his diabetes.

According to an interview with Good Morning America, Jackson even has a treadmill in his bedroom to make exercising convenient. He also takes to the yoga mat for stretches as part of his morning routine.

Today, the music icon continues to manage his diabetes and regularly promotes awareness and education about the condition during interviews and at events he attends. “We’ve got to get the word out,” he says. “You can never have too much information.”

While on his journey back to health, Jackson’s personal style caught the attention of the folks in the fashion and accessories industries. Once the pounds began to melt away, Jackson sported an increasingly eclectic assortment of outfits and accessories that came to define his singular sense of style, which didn’t go unnoticed.

In 2007, the eyewear company Zyloware asked Jackson to create a line of trendy eyeglass frames and so Randy Jackson Eyewear was born. In addition, he launched a clothing line. “I’ve got a pretty healthy menswear business,” Jackson says.

Jackson left Idol in 2013 after 12 years on the program. But the showbiz veteran continues to work, mostly behind the scenes, producing television shows, and he’s involved in multiple music projects and entrepreneurial ventures. Currently, he is part owner of Starwest Studios, a music and video production complex located in Burbank, California.

Jackson, who spent years living with obesity, also supports public health efforts to control this condition, one of the most serious risk factors for type 2 diabetes, as well as many other illnesses. He also authored a follow-up book to his first. This one, titled Body with Soul: Shed Pounds, End Diabetes, and Transform Your Life, published in 2009, continued his mission to spread the word about diabetes. In another, What’s Up, Dawg? How to Become a Superstar in the Music Business, Jackson shared his secrets to success. (The book’s title includes a well-known catchphrase of Jackson’s.) 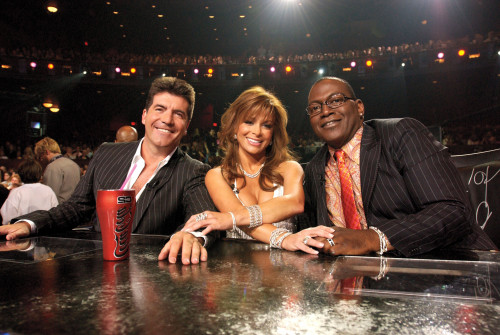 But of all his many accomplishments, Jackson is most proud of participating in health campaigns to educate the public about diabetes and its complications. He teamed up with the pharmaceutical company Merck to inform people with type 2 diabetes about resources available to them from the drug manufacturer and how to commit to a diabetes-friendly lifestyle.

The American Heart Association also tapped Jackson to be a spokesperson for its “Heart of Diabetes” campaign. The initiative encouraged people to get tested for the disease and helped them learn how to adopt a healthier lifestyle to better manage their diabetes.

Currently, 30.3 million people have diabetes, according to the Centers for Disease Control and Prevention. Of that number, 23.1 million have been diagnosed and 7.2 million don’t know they have the disease.

The causes of diabetes vary and the illness can trigger additional health issues. The blood sugar disorder affects many of the body’s organs, with symptoms determined by the amount of glucose in the blood.

Some organs affected by diabetes include the kidneys, heart, nervous system, eyes, skin and mouth. The disorder can result in long-term complications that lead to damage to these major organs.

For example, diabetes can eventually cause a heart attack or stroke or stop the kidneys from functioning properly when small blood vessels that make up this waste removal system are impaired.

In addition, diabetes can injure blood vessels in the eyes, which may eventually lead to blindness.

The disorder also damages the walls of tiny blood vessels—called capillaries—that transport blood to the nerves for nourishment.

When this happens, the nerve damage that results is called neuropathy, which can cause sensations of tingling, numbness and pain.

In some cases, tissue damage can lead to amputation of the feet.

If untreated, diabetes can cause bleeding gums, dry mouth—from diminished saliva production—and an elevated susceptibility to infections inside the mouth.