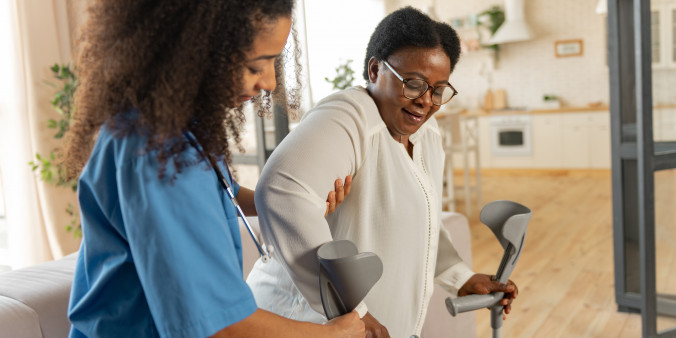 The same dose of MS therapy meds prescribed for white patients might not be as effective for Black people.

African Americans suffering from autoimmune diseases, such as multiple sclerosis (MS) and neuromyelitis optica spectrum disorder (NMSOD, an inflammatory disorder of the optic nerve, spinal cord and brain), are less likely than white people to achieve successful treatment when given a common therapy for these conditions, suggest new study findings presented at the 73rd annual meeting of the American Academy of Neurology.

Researchers gave 168 patients—134 with MS and 32 with (NMOSD)—infusions of rituximab or ocrelizumab, therapies used to treat autoimmune diseases. Sixty-one of the participants identified as Black and 60 as white.

The therapies are meant to help destroy B cells in blood circulation as B cells play a role in abnormal autoimmune responses in people with MS and NMOSD.

Scientists found that Black and white patients showed no difference in B-cell levels when measuring blood samples between four and six months after their infusions. But between six and 12 months after receiving the infusions, researchers learned that 76% of Black patients exhibited detectable levels of B cells, compared to about 33% of white patients.

“Our findings raise the question of whether the same therapy dose may be equally effective for all people, and that could have implications for the way Black people with autoimmune diseases like MS and neuromyelitis optica spectrum disorder are treated in the future,” said Ilya Kister, MD, of NYU Grossman School of Medicine in New York City, a fellow of the American Academy of Neurology and one of the study’s authors.

Researchers plan to conduct additional studies to determine whether a quicker resurgence of B cells in Black people may mean that this population is more likely to face increased disease activity.

For related coverage, read “Tell Your Stories” to learn about how former TV personality Montel Williams is encouraging people with MS to share their experiences.