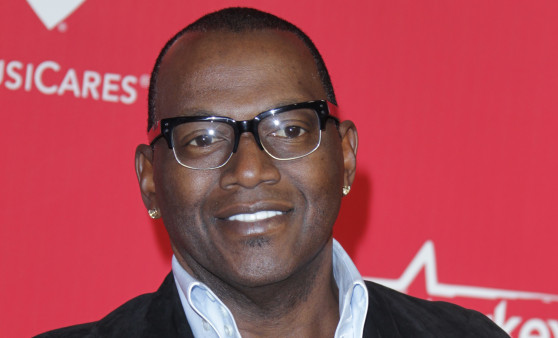 Randy Jackson: ’Health Is All We’ve Got’

Randy Jackson, Grammy Award-winning producer and judge on the hit reality show American Idol, talks about his battle with diabetes.

Musician, producer and television personality Randy Jackson, a judge on FOX’s American Idol, knows a thing or two about judging other people. However, when he was diagnosed with type 2 diabetes five years ago, he turned his critiques inward and embarked on a complete lifestyle makeover, shedding more than 100 pounds and overhauling his diet. Now, as a spokesman for the American Heart Association’s The Heart of Diabetes campaign, Jackson hopes to show that diabetes, which affects approximately 21 million Americans, can—with the right steps—be a manageable disease. 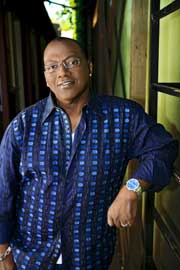 Real Health: When were you diagnosed with diabetes?
Randy Jackson: About five years ago. I was really shocked [even though] it ran in my family. I was overweight and feeling really tired, lethargic and dehydrated. I thought I had a cold—I was running a fever for about three or four days. I finally went and discovered I had type 2 diabetes. I was shocked because you always feel it’s never going to happen to you.

RH: What were your diet and eating habits like before then?
RJ: I’m from the South—from Baton Rouge, Louisiana. The food there is so rich and the eating habits of not only the African-American community but everyone in that area are all about good eating. It’s not about how much butter, how much lard, how much salt or how much sugar is in something. It’s about “does it taste great?” So I grew up with that whole kind of adage. I curbed it quite a bit when I went to California, but it stayed with me.

RH: How did you start the process of losing weight and getting healthy?
RJ: I took drastic steps to get my weight under control. I went and got gastric bypass surgery, which helped me tremendously as a jumpstart to my weight loss. But I also adopted a healthy exercise plan and had to change my eating habits. I tried everything. I wound up putting a treadmill in my bedroom, just so that I had to walk over it, pass by it, see it every morning and every night before I went to bed.

RH: How can The Heart of Diabetes help people who might be susceptible to diabetes?
RJ: The campaign is about getting the awareness out there. Iknowdiabetes.org has a lot of great tips and information on it, and people can ask questions. You can also call 1800.ASA.USA1 if you don’t have the Internet. I’m urging people to share their stories because other people might be feeling some of the same symptoms and think, “Maybe I should go get checked out.” I mean, a third of the people who have it don’t know they have it, and I bet they don’t know that cardiovascular disease is one of the leading killers of people with diabetes.

And this campaign isn’t just for people who might already have it—there’s also [tips] for starting a healthy lifestyle that will prevent you from getting type 2 diabetes. You want to be proactive. It’s about getting healthy; health is all we’ve got.

RH: You’re constantly traveling for American Idol, and you’re involved with so many other projects. Do you have any tips for people who don’t have that much time to stay in shape?
RJ: We’re all so busy in our lives. We’ve got kids, we’ve got families. I actually adopted a healthy eating style for my family as well. I took all of the bad foods out of the house. I urge people to just walk—do a brisk walk for 35 to 40 minutes a day, every day. Just walk around your block, or go to the park.

RH: Thanksgiving is right around the corner. Do people have to totally forgo their favorite foods for healthier options?
RJ: It’s possible every now and then to eat some things, but you have to do it in moderation. You can’t eat cookies and pies and stuff all day long, and you can’t have tons of rice and pasta and bread. I made the health-food store my friend. People would say in the old days, “You got that sugar,”—well don’t let that sugar get you. It’s serious.