Guided by AIDS United and the Black AIDS Institute, the index aims to assess and improve racial equity in the HIV sector.

A coalition of AIDS leaders has launched the Racial Justice Index, an initiative to combat racism within the HIV movement and to assess and improve racial equity within HIV organizations that provide advocacy and health services. For example, the index can help identify and address systemic racism and disparities in a group’s hiring practices, decision-making processes and internal structures.

Or, as a press release from Black AIDS Institute explains it: “This novel initiative aims to create awareness—and eventually sustainable change—around the misalignment between who holds power and resources in HIV organizations and the epidemic’s disproportionate impact on Black Americans.”

Introducing the Racial Justice Index, a tool aimed to address anti-Black racism and other forms of racism. We’re hopeful...

The Racial Justice Index is the collaborative effort of advocacy group AIDS United and its Public Policy Council, which includes 55 HIV organizations across the nation. The Black AIDS Coalition will help spearhead the effort. The index’s launch coincides with the upcoming National Black HIV/AIDS Awareness Day (#NBHAAD), marked each February 7, which is this Sunday.

The first goal of the index is to analyze whether leadership within the HIV movement reflects the communities it serves. This will be assessed through online national surveys crafted to also spark vital discussions in the HIV community. The index, according to the press release, also plans to offer training on how to “root out white supremacy in HIV organizations’ work” while helping the groups build their strengths, output and sustainability.

“The Racial Justice Index will catalyze the prioritization of Black leadership, resource allocation and capacity building,” said Raniyah Copeland, president of the Black AIDS Institute and cochair of AIDS United’s Racial Justice Index committee. “If we are committed to ending HIV within our lifetimes, rectifying the stain of white supremacy in how we do our work must be of the utmost priority.”

“HIV, [hepatitis C] and substance use disorder rage through Black and poor rural communities across the United States,” added A. Toni Young, CEO of the Community Education Group and another member of the index’s committee. “It is critical the organizations are equipped to address the needs of Black people in the rural and Southern communities. The Racial Index will provide a tool for organizations to better develop staff and meet the growing needs of Black and brown communities.”

Congresswoman Barbara Lee (D–California), cochair of the Congressional HIV/AIDS Caucus, also praised the new initiative. “The HIV/AIDS epidemic’s disproportionate impact on Black Americans is rooted in systemic racism,” she stated in the press release. “The Racial Justice Index provides a tool for HIV organizations to reassess their internal structures. The Racial Justice Index is a much-needed mechanism to center racial equity at the core of the HIV sector’s commitment to ending the HIV epidemic.”

Read the complete press release for further details and insights and quotes from HIV leaders. In related news, for a recent POZ profile on Raniyah Copeland, see “Black Voices Matter.” And don’t miss AIDS United’s policy blog on POZ.com, which includes regular assessments of HIV issues relating to Congress and the White House.

For related POZ articles, see “Behind the Partnership to Transform Black and Brown HIV Efforts” and “The Most Important Health Concerns of Black LGBTQ Americans.” Finally, you can learn more about HIV among African Americans—and several other minority populations—by visiting the HIV/AIDS Basics on POZ.com and clicking on the “HIV in Specific Populations” section. 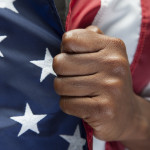