After being hospitalized a few days ago in Las Vegas following complications from a sickle cell anemia crisis, according to a statement from his publicist, rapper Prodigy died today at age 42. But the exact cause of the entertainer’s death has not yet been determined, reports NBC News.

On Saturday, the rapper performed at the 2017 Art of Rap Fest concert. Besides the success he found as an entertainer, Prodigy also coauthored several books, including My Infamous Life: The Autobiography of Mobb Deep’s Prodigy and Commissary Kitchen: My Infamous Prison Cookbook.

Click here for a Real Health interview with Prodigy discussing his life with sickle cell anemia. 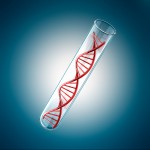