For Once and Present Smokers, Lung Cancer Screenings Save Even More Lives Than We Thought

Annual screenings cut mortality rates by 24% in men and 33% in women.

Lung cancer is the leading cause of cancer deaths worldwide. According to the World Health Organization, it accounted for 1.76 million deaths in 2018. In the United States, the American Cancer Society estimates that in 2020 more than 135,000 people will die of lung cancer.

But new findings published in The New England Journal of Medicine reinforce that routine screenings for lung cancer for present and former heavy smokers can significantly lower mortality among men and women, Reuters reports.

For the study, a total of 15,792 Dutch and Belgian people between ages 50 and 74 were randomly assigned to undergo CT screening at baseline and then again a year, three years and five and a half years after baseline or to undergo no screening at all. Participants were current and former smokers who were followed for a minimum of 10 years.

Researchers estimated that four rounds of screening over about five years prevented 60 deaths from lung cancer among the 6,583 men screened—the rate of false positives was 1.2%. According to Harry de Koning, MD, PhD, of Erasmus Medical Center in Rotterdam and the study’s lead author, the decline “is significant and clear-cut for males” and “seems even more effective in females.” The study also confirmed that annual screening is significantly more effective than less frequent screening.

These new findings strengthen previous results from a 2011 U.S. study that showed a 20% reduction in lung cancer mortality with CT screening. (Since the study’s release, U.S. guidelines have endorsed annual lung cancer screenings. However, guidelines don’t yet exist in Europe.)

The U.S. Preventive Services Task Force currently recommends annual screening for lung cancer with low-dose CT scans in adults ages 55 to 80 who have a 30 pack-year smoking history and currently smoke or have quit within the past 15 years. A pack year is the equivalent of smoking one pack (20 cigarettes) a day for a year; a two-pack-a-day smoker would reach 30 pack years after just 15 years.

Even in the United States, where these guidelines have existed since 2013, however, few people who meet the requirements get screened. See the Cancer Health article “Most Smokers and Ex-Smokers Don’t Get Lung Cancer Screening.” To encourage greater screening, the American Lung Association has created the public health campaign “Saved by the Scan”.

If you meet the criteria, get screened for lung cancer. The earlier it’s detected, the more likely it is to be successfully treated. Most important, you can save your life. 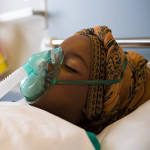 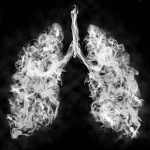