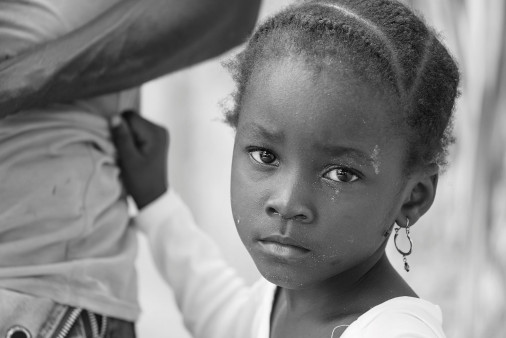 What will it take to break the vicious cycle of poverty and bad health?

In a number of rural communities in the South, pools filled with gobs of raw sewage from failing septic tanks and trenches seeping with scummy effluence crisscross backyards near areas where children play. There, diseases formerly found only in developing nations plague folks who share a trait that places them at a greater risk for illness: poverty.

Among the conditions triggered by such unsanitary conditions are parasitic infections, such as hookworm, a disease that the introduction of indoor plumbing was thought to have all but eliminated. But today, the problem remains an issue in countrified areas of Alabama and likely other parts of the Southern United States, according to recent findings published in the American Journal of Tropical Medicine and Hygiene.

“The depth and breadth of poverty and disease in Texas, the Gulf Coast and the Southern United States has been consistently underestimated,” says Peter Hotez, MD, PhD, the dean of Baylor College of Medicine’s National School of Tropical Medicine in Waco, Texas, and the lead author of the study.

Hotez estimates that up to 12 million or more Americans currently live with neglected tropical diseases, the term used to describe a diverse group of communicable illnesses prevalent in tropical and subtropical conditions. “The new findings of persistent hookworm infection among the poor living in the American South help to confirm my many concerns about neglected tropical diseases in the U.S.,” he says. “We still need to account for all the enabling factors responsible for tropical diseases in the U.S.—clearly, extreme poverty is an important factor.”

According to Tom Boyce, MD, the chief of the University of California, San Francisco’s Division of Developmental Medicine, “Socioeconomic status is the most powerful predictor of disease, disorder, injury and mortality.”

Research reveals that impoverished Americans face large and increasing disparities that shave years off their life expectancy. In addition, poor people are more likely than their wealthier counterparts to suffer from chronic mental and physical health problems.

Trends show that income inequality in the United States has increased dramatically in recent decades, reports a brief by Health Affairs, a leading journal about health policy and thought. What’s more, the summary also points out that researchers are increasingly aware that such nonclinical factors profoundly influence health outcomes.

“In a nearly step-wise fashion, low-income Americans have higher rates of physical limitation and of heart disease, diabetes, stroke and other chronic conditions, compared to higher-income Americans,” report authors of the summary. “Americans living in families that earn less than $35,000 a year are four times as likely to report being nervous and five times as likely to report being sad all or most of the time, compared to those living in families earning more than $100,000 a year. These disparities emerge early in life and can be transmitted across generations.”

This unequal distribution intersects with a variety of additional socioeconomic risk factors that include race, ethnicity, mass incarceration, sex, geography and educational status to create a complex relationship between poor health and poverty.

Policies that support educational opportunities, affordable housing and social mobility can promote economic equity and better health for everyone.

Conversely, policy moves that work against these benefits often trigger opposite results.