What if People Prepped for Chemo the Way Astronauts Prep for Space?

Space travel and chemotherapy affect the body similarly, and yet only astronauts undergo physical conditioning to help them stay strong.

Space travel and chemo affect the body similarly, and yet astronauts undergo physical conditioning to help them cope and stay strong, while cancer patients don’t.

Sixty years ago, human ingenuity led to two major advancements: human space travel and the launch of systemic chemotherapies to treat cancer. But it turns out the two developments have something important in common: Traveling past Earth’s atmosphere and undergoing chemotherapy (as well as later treatments including immunotherapy and targeted therapy) for cancer have similarly negative effects on the body.

And yet, over the past six decades, as NASA has made steady advancements in the way that astronauts are physically conditioned to handle the intense impact of space travel, cancer patients have been left to undergo chemo’s impacts on the body relatively passively.

Now, in a commentary published in the journal Cell, researchers from various cancer centers as well as NASA have argued that people with cancer should be encouraged to engage in an exercise program before, during and after treatment rather like astronauts go through. The hope is that much the same way as astronauts are generally able to rebound from the impact of space travel, cancer patients will be less inclined to suffer lasting negative effects from chemo.

The authors draw parallels to the multiple “hits” to the body that space travel and cancer treatment deliver, which can lead to common reactions. For astronauts and cancer patients alike, baseline risk factors such as smoking history or age can set the stage for how the body responds to these hits. The direct hits for astronauts include lessened gravity and radiation, while for cancer patients they include chemotherapy and radiation. The indirect hits for both groups include physical inactivity and weight change.

Anyone who has undergone cancer treatment and experienced the cognitive dysfunction known as chemo brain should know they have something in common with space travelers, who get space fog, causing them to experience difficulty focusing or forgetfulness.

Other common effects include dysfunction of the immune system, atrophy of the heart muscle, anemia, gastrointestinal problems, difficulty exercising, muscle atrophy and a decline in bone density.

Astronauts prepping for a mission must exercise while clinicians monitor their heart and lung fitness as well as other key bodily systems. While in space, they are required to maintain an exercise regimen with special extraterrestrial workout equipment. Back on Earth, they are further monitored by physicians until their heart, lungs and other systems return to the baseline levels established before they left for their mission.

“That’s completely backward to how it is on Earth, where cancer patients may still be advised to rest in preparation for and during treatment and may have to ask permission to exercise from their physicians,” the Cell commentary’s senior author Jessica Scott, PhD, an exercise physiology researcher at the Memorial Sloan Kettering Cancer Center’s Exercise Oncology Service, said in a press release.

Scott and her colleagues suggest that individuals preparing for cancer treatment could engage in exercise as basic as walking on a treadmill and reap long-term benefits. Maintaining a fitness regimen during and after treatment could potentially mitigate treatment side effects, including heart problems.

The researchers are currently conducting a study of just such an exercise program for cancer patients. The study participants are provided with treadmills for their home that are equipped with a video call system that guides them along.

“Many patients aren’t dying from their cancer, but they’re now at risk of dying from these side effects,” Scott said. “Using NASA’s exercise plan could help with this.”

To learn more about the benefits of exercise before, during and after cancer treatment, see the Cancer Health article, “A New Push to Prescribe Exercise Following a Cancer Diagnosis.”

A Reason to Smile 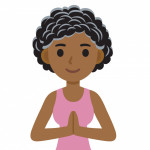