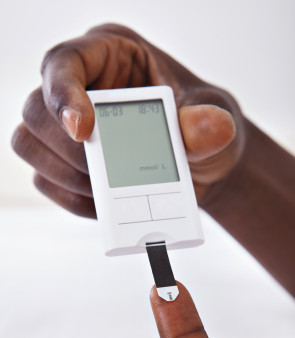 Eating certain foods can cause glucose levels to soar even in healthy people.

According to the American Diabetes Association nearly 30 million Americans are living with diabetes. Another 84 million, age 18 and older, have prediabetes. Now, new findings published in the journal PLOS Biology suggest that even individuals who are considered healthy can experience severe elevations in their blood sugar levels, and certain foods are to blame for these spikes, reports Stanford Medicine.

For the study, researchers at Stanford University recruited 57 participants to wear a glucose-monitoring device that continuously measured their blood sugar for nearly two weeks. Most participants were healthy or exhibited signs of prediabetes; five were living with type 2 diabetes.

Based on the accumulated data, scientists discovered multiple types of spikers, which they classified into three glucotype categories: low, moderate and severe. (Glucotypes rank the intensity of the glycemic response.)

“There are lots of folks running around with their glucose levels spiking, and they don’t even know it,” said Michael Snyder, PhD, a professor and chair of genetics at Stanford and the senior author of the study.

The researchers’ goal was to catch spikes in individuals’ glucose level early, understand what caused their blood sugar to rise and determine how to adjust their diet to push their glucotype into the low range.

In addition, in a sub-study, Snyder and colleagues fitted 30 participants with the glucose-monitoring device and tested their glucose levels after they ate three different breakfasts: a bowl of cornflakes with milk, a peanut butter sandwich and a protein bar.

Results showed that more than half of the participants with healthy blood glucose measurements reached the same levels as those diagnosed with diabetes or prediabetes after they ate one or more of these meals. (Interestingly, almost everyone spiked after eating the cereal.)

Snyder said it’s key for researchers to learn what causes blood sugar spikes in individuals in order for scientists to better understand which foods cause glucose regulation to go awry. He also believes that mastering how microorganisms function in the body and manipulating them is crucial to making progress in resolving this disease.

“That’s where our research is headed next,” he said.